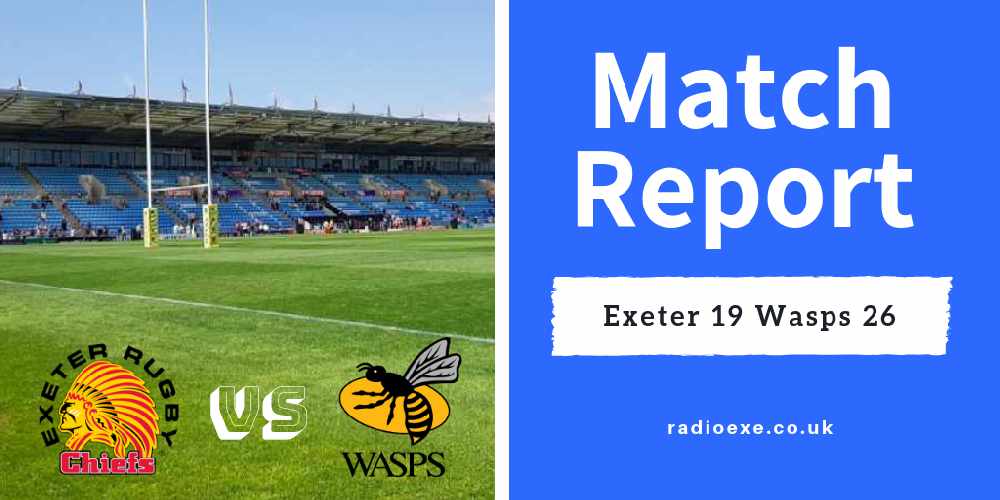 However, despite the loss, Exeter remain top of the table with an eight point lead. And with a home semi-final already secured, the defeat only effects Exeter mentally as they head into the final few games of the season.

Despite a guaranteed home semi-final, the hosts weren’t resting on their laurels, within 10 minutes, Exeter’s Henry Slade and Jack Nowell combined well to open the scoring.

The 26 year-old centre threaded through a precise kick for Nowell to chase, the ball bounced kindly into the arms of the England winger, who then accelerated away from Wasps’ final defender to score in the corner. Simmonds’ conversion attempt was halted by the wind.

Playing under no real pressure, Chiefs were thriving. Having dominated the opening 20 minutes, Rob Baxter’s men deservedly found the try line for the second time. Nic White with the score following muscular work from the forwards. This time, Simmonds’s conversion attempt was successful.

With ten minutes to play in the opening half Exeter were cruising. However, all their hard work was undone when Wasps responded immensely with three tries in a stunning eight minutes.

Marcus Watson, Juan De Jongh and Le Roux with the tries – two of which were converted by Daly to give the visitors a 12-21 lead at half-time.

Wasps began the second half where they left off in the second. With the momentum behind them, the visitors controlled the final 40 minutes and secured the bonus point score.

Following sustained pressure on Exeter’s five meter line Wasps’ Zhvaina crashed his way over to give his side a convincing 12-26 lead.

With ten minutes to play, the hosts fought back with a converted try from Jack Yeandle. However, Rob Baxter’s men couldn’t produce the comeback as it ended: Exeter 19 Wasps 26