Come to Southernhay East: get fined 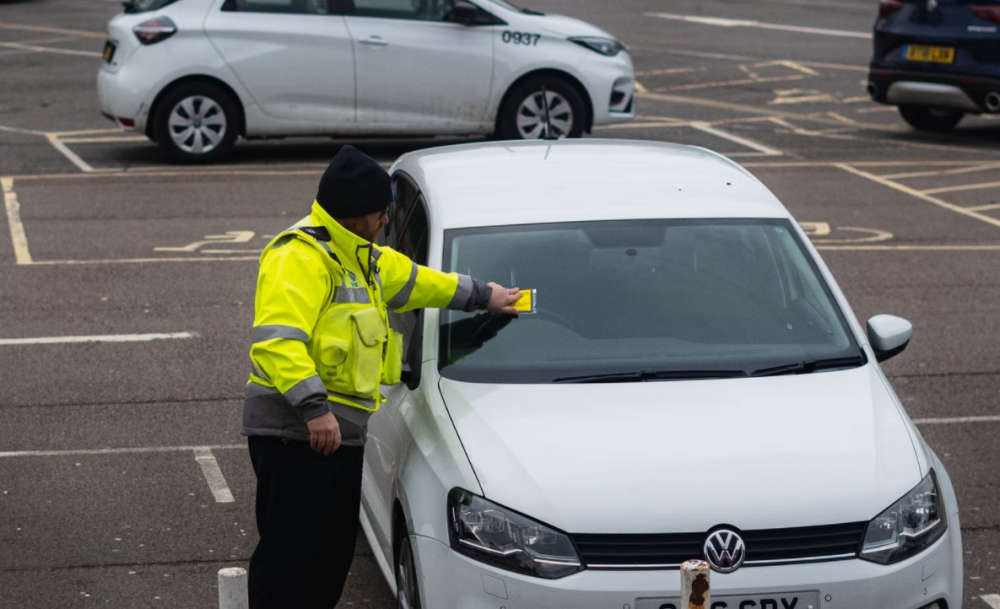 Exeter road is most ticketed in Devon

Southernhay East in Exeter is the most common place to get a parking fine on the streets controlled by Devon County Council (which excludes Torbay and Plymouth).

A total of 817 parking charge notices were issued on the road in 2020/21, according to the council’s annual report presented to a scrutiny meeting on Thursday [23 June].

But the council lost more than half a million pounds in enforcing parking rules – a situation blamed on covid.

Fourteen of the top 20 locations for fines are in Exeter, with Musgrave Row, Southernhay West and Sidwell Street the next highest.

Fore Street in Kingsbridge, Queen Street in Newton Abbot, Victoria Road and Queen’s Drive in Exmouth, Topsham’s Fore Street and Honiton High Street are the most common spots outside of Exeter.

More than 45,000 parking fines were issued in the financial year. Just under 12,000 were for parking on a restricted street and 10,500 for parking longer than permitted

Meanwhile, 5,000 people wrongly parked in residents’ places and 200 were ticketed for re-parking in the same area without waiting for the period specified (ie. breaching rules such as ‘no return within an hour’).

However, the total figure was down by almost 40 per cent on 2019/20 as fewer people used their cars duing the pandemic, described in the report as having an “unprecedented” effect on travel.

“Private motor vehicle use reduced by up to 75 per cent, bus use – excluding London – fell by up to 90 per cent, and national rail patronage by 96 per cent, and Devon was no different,” it said.

“Whilst on street parking charges were not formally suspended, usage was minimal and enforcement activities were redirected to arterial routes and health care settings to ensure supply chains could function effectively and essential services could be provided.

“The new ways of working and needs of the network had a significant financial impact on the service with pay & display income dropping by 82 per cent at the height of lockdown rules (April/May 2020) and a reduced need to issue penalty charge notices.”

As a result, the county council lost more than £600,000 on parking penalty charges in 2020/21. It earned nearly £1.5 million in fines but spent just over £2 million on costs, the vast majority on staffing.

By comparison, it generated a profit of £200,000 the previous year.

The figures are separate from money made by on-street parking charges and permits. Together, the cash raised is used to support a number of county council schemes, including public transport, maintenance and helping to fund country parks.