Okehampton to Exeter trains to run every two hours 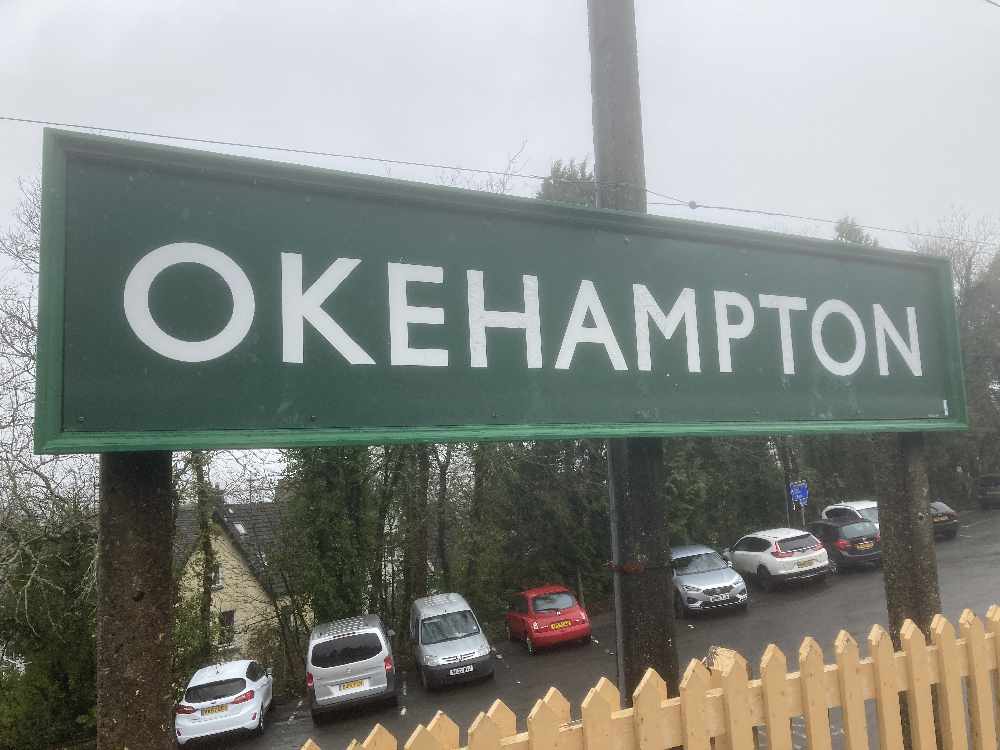 Reopening Okehampton railway line as part of a £300+ million boost for rail in the south west is a statement of confidence in the future of trains, the Rail Minister has declared.

MP Chris Heaton-Harris said he is expecting a huge boom to passenger numbers in the leisure sector across Devon and the south west later this year as lockdown restrictions ease.

Regular passenger services will be restored on the Dartmoor Line between Exeter and Okehampton for the first time in almost 50 years, thanks to £40.5 million of government investment.

The Department for Transport, Network Rail, and Great Western Railway (GWR) are working together to reopen the line to passengers all year round. Since 1997 the line has only been open during the summer after a regular service was withdrawn in 1972.

A service will initially run every two hours later this year, with the expectation it will increase to an hourly service towards the end of 2022. This will benefit students heading to colleges in Exeter as well as tourists travelling in the other direction towards Okehampton for Dartmoor, easing congestion on local roads.

This is the first project to see services restored under the government’s 'Restoring Your Railway' fund, launched in January 2020 to reinstate axed local services and restore closed stations, and Mr Heaton-Harris said that the whole of government was watching intently at the "demonstration of confidence" in the sector.

“I’d like to think it’s big and very good news for Devon, Dartmoor and the whole of the south west,” he told the Local Democracy Reporting Service.

“It is a very important moment as the first project to see services restored under the 'Restoring Your Railway' fund and the whole of government is looking at what we are doing on the Dartmoor line and the prime minister is extremely proud of it. 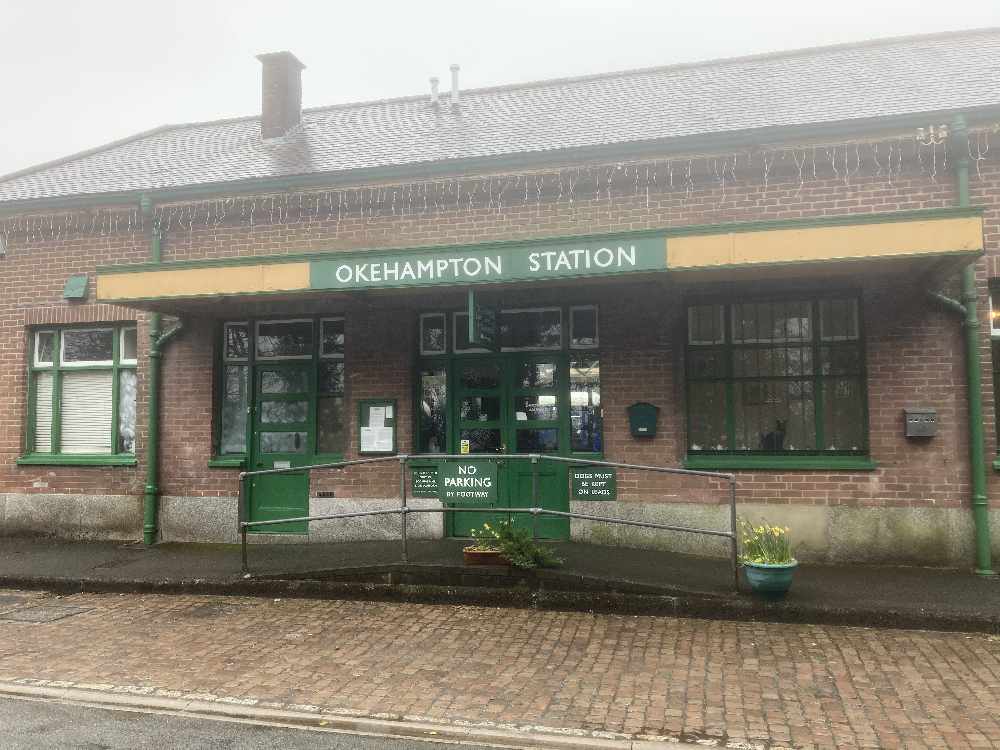 “It is demonstration of confidence and there has been a bit of a debate as to how people will come back to railways, but wherever and whenever there has been a chance in the last year for an area to reinstate a railway removed in the past, whole communities have come together and it has been extraordinary, so I do think the demand is there and people do what these services to connect them back up and get them back into the new normal.”

With the pandemic and lockdown responses seeing companies shift to more home working, Mr Heaton-Jones said that he did expect the number of people commuting by rail to drop, but that the leisure market saw huge rebounds of numbers last summer when restrictions were lifted.

“Working patterns will change but I think there was a bit of clue last summer when there was a partial release from lockdown”, he said. “While there was not the massive rebound of commuter traffic at all, however, after what were the peak times, the amount of travel of people going places for leisure and in the South West especially was extraordinary.

“The leisure market bounced back really strongly, and while I expect people will work in different patterns but they will still want to be connected. There is a whole generation out there of people who do not really want to jump in a car to make every journey, and they will relish the chance to make a journey that can decarbonise and is better for the environment, and our job is to make sure services are resilient, reliable, clean, and they do what they are meant to do.

“And I am confident we can do that, and I am genuinely assured that this investment is worthwhile as we are investing in our future. The pandemic will change working habits but will only be a blip in railway history and in 50 years, people will look back and wonder why it took so long for us to get to this stage to restore the railways.”

But Mr Heaton-Harris said that while there were no plans for the extension under this current scheme, he was aware that the aspiration is to reopen the route to Plymouth. He added: “I hope as we move through this parliament we will see a whole host of railway lines reopen, and the government think it is such a good idea that we need to do more. I know local people have the aspiration, but the official line at the moment is there are no plans to reopen beyond Okehampton at the moment.” 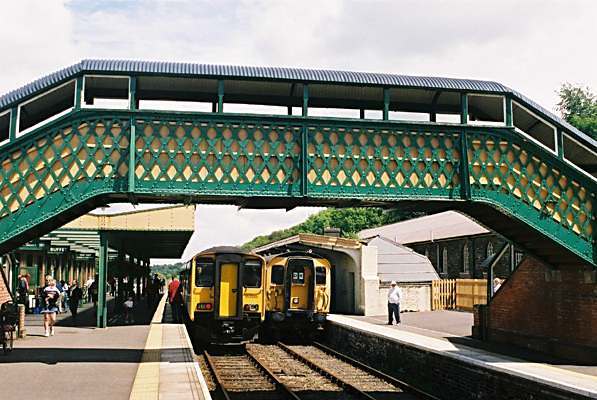 The reopening of the Okehampton line was the headline of a £341 million package of rail enhancements already announced in the south west, including new £53 million depot at Exeter St Davids which provides servicing facilities for trains and improving the availability of trains in the region,  £7.8 million for Edginswell station in Torbay from the third round of the New Stations Fund, with the station planned to be opened in 2024, and £37.4 million for the third phase of works to improve resilience on the coastal railway between Holcombe and Dawlish.

Network Rail is set to begin work later this summer on a rockfall shelter and netting to address instability on an area of steep, high cliffs to the north of Parson’s Tunnel between Holcombe and Dawlish.

This is the part of the South West Rail Resilience Programme to create a more resilient railway after storms caused significant damage to the line in 2014, closing the railway for eight weeks.

Phase 1 of the programme, to build a new £80 million seawall on the seafront west of Dawlish station to protect 360 metres of railway and homes behind it, was completed in July 2020 and opened by the rail minister in September.

Work on the second phase of the new seawall, to extend it a further 415 metres eastwards from Colonnades to Coastguards, began in November 2020 with support from an innovative eight-legged, jack-up barge, known as a ‘Wavewalker’. Work is ongoing and is expected to be completed by 2023.

The minister added: “Building on vital new investment to protect the coastal railway between Holcombe and Dawlish and a host of upgrades and new stations, we’re delivering on our ambitious plans in Devon and Cornwall. This funding will provide passengers with reliable, punctual journeys, and improve connections between communities as we build back better from Covid-19.

“We have had a few occasions this winter where the wall at Dawlish has been doing its job and we do know how important that part of the rail network is for connectivity for the South West and the whole of the country. It is good value, and helps retain connectivity and economic prosperity.”

Devon County Council is aspiring to create a half-hourly service between Exeter and Axminster as part of the ‘Devon Metro’ strategy – something that is not possible with the current single track – with a passing loop at Whimple needed.

Mr Heaton-Harris said that while all the local MPs have come to see him about it, it was not part of this batch of announcements, but was something that they were looking to the future to consider.

Asked how bright the future for rail in Devon is, he replied: “Based on what local stakeholders tell me and what we experienced last summer, we are putting a third of a billion pounds to improve services because we generally believe it has an amazing advantage.”