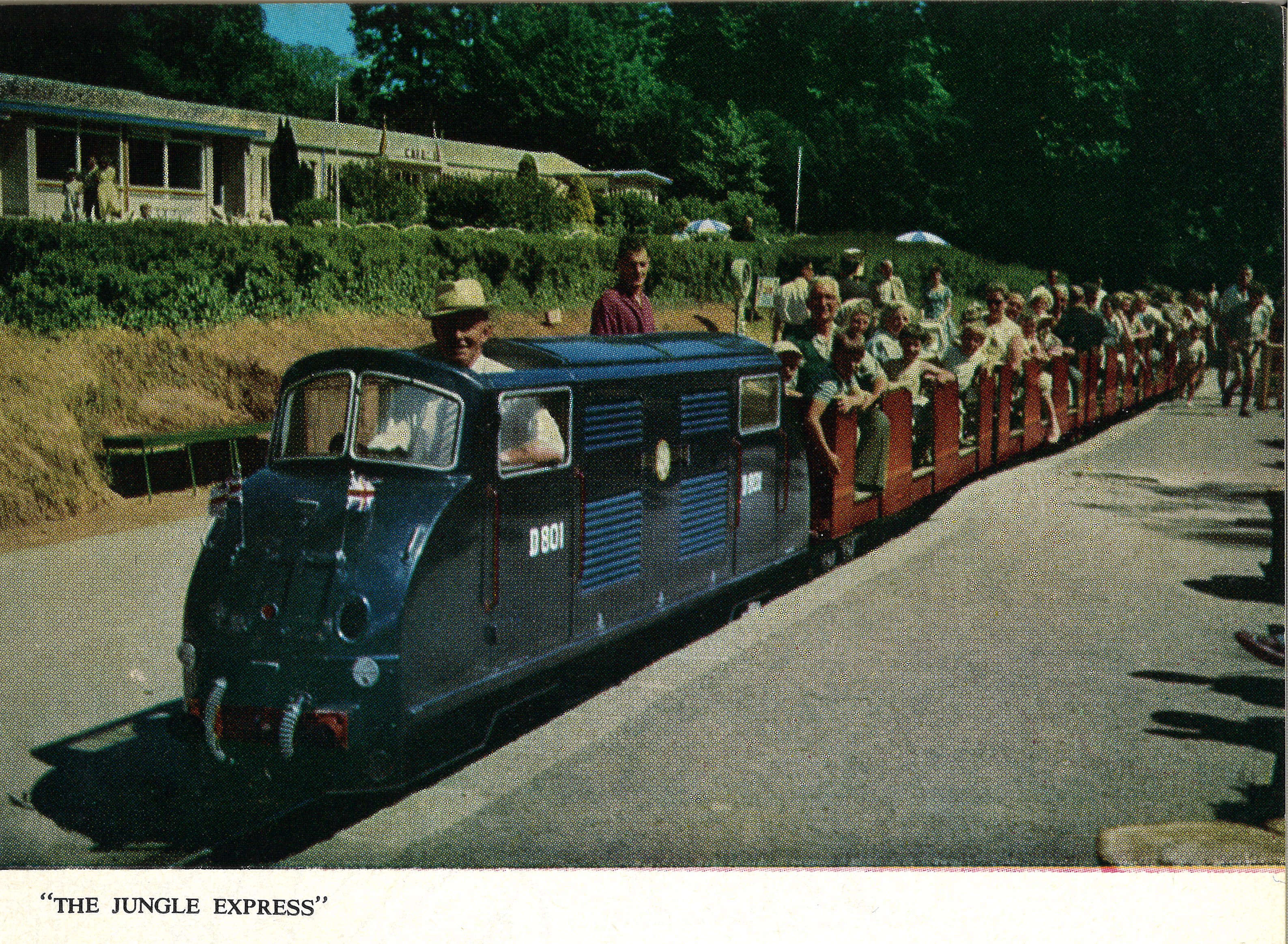 Last stop for the jungle express

Paignton Zoo’s miniature railway, the jungle express, has departed for the final time. Visitors in the last year will have noticed that the train has not been running, and we have decided that the time has come to bid farewell to an attraction that has been a popular feature of the zoo since 1940.

Paignton Zoo is planning significant developments over the coming years and these include changes to how visitors enter the zoo and make their way around the site. We’ve already made a start on this, with modifications to the former brookside aviary and plans to replace our boardwalk entrance. The location of the train track falls within these plans.

The decision to remove a much-loved feature such as the Jungle Express will be a defining moment in our history. We’ve made this decision because we want the future for Paignton Zoo to be as bright as possible and because we want to get started with transforming our zoo.

Over the years we have become more aware of the limitations of our little train – most importantly the lack of accessibility, a value that we hold steadfast at the centre of our organization. We believe that our zoo should be accessible to all, but the access and size of the Jungle Express Train meant some of our visitors could not enjoy it.

We completely understand that for a number of our regular visitors and members, the departure of the train will be sad news. A ride on the jungle express will have been a lasting memory for many, and we’re sure that lots of the people reading this will have taken at least one lap of the main lake over the last 80 years.

The history of the Jungle Express
In 1923, Herbert Whitley opened ‘Torbay Zoological Park’. The previously private zoological and botanical collection became a spectacle, and, with its 1927 rebranding to Primley zoological gardens, was described as ‘the finest and largest private zoo in the world’.

Due to the outbreak of the Second World War, the future of private zoos looked bleak in 1940, which is when Reginald Goddard of Chessington Zoological Garden struck a partnership with Herbert Whitley. They jointly reopened Primley Zoological & Botanical Gardens in August 1940. The conception of the jungle railway soon followed in September 1940 – a passion of Reginald Goddard’s, who had previously installed a similar unit at Chessington.

The brand new railway was popular among wartime visitors, carrying around 75 people on the 520-yard circuit. A journey around the lake and view of the islands was a spectacle not to be missed.

The Herbert Whitley Trust, which later became Wild Planet Trust, was founded after Whitley’s passing in 1955. Heading into the 60s and 70s, this ever-popular attraction was enjoyed by train spotters and zoo visitors, adults and children alike.

After numerous repaints and repairs, the engine of the locomotive was replaced in the mid-90s with one built locally at Trago Mills in Newton Abbot. The mid-90s saw other major redevelopment at the zoo, with the renaming to Paignton Zoo Environmental Park in 1996, the move of the main entrance and the beginnings of a new aviary.

The train was converted to run on environmentally friendly bio-fuel in 2006. At this point, around 120,000 passengers rode the train every year, racking up around 2,000 miles annually.

The train continued to be a popular feature of Paignton Zoo up until its last full season in 2019. Visitors loved viewing Paignton Zoo from a different angle – passing by the pileated and lar gibbons, spotting a flash of pink flamingos, getting a behind-the-scenes view of the tigers and lion and waving at the pelicans, geese and storks on the lake. For many, it was a treat that generations of the family enjoyed on a zoo trip. Its operation was halted abruptly at the start of the Covid-19 pandemic in 2020.

All of which is to say, the jungle express train at Paignton Zoo will always hold a special place in the hearts of the zoo team and visitors alike. We know that she’ll be well looked after in her new home and will continue to draw admiring glances from train aficionados long into the future. Paignton Zoo has a rich history, and as we approach our centenary we prepare for a hugely exciting time ahead. The changes we make now will allow us to continue our transformation into a conservation center fit for the next 100 years, and we’re confident that even though we may say goodbye to old favorites, the zoo will continue as a source of happy memories for many years to come.