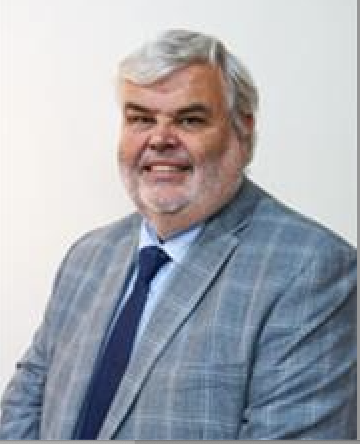 He must apologise to clerk who cried

The leader of the Conservatives at Torbay Council has been found to have brought the council into disrepute and to have used his position as a councillor to improperly gain an advantage.

It comes after a procedural row in a council meeting in September last year descended into disarray which left one clerk too upset to continue with their duties.

The incident, at the opening meeting of the council’s housing crisis review panel, prompted several complaints and an independent investigation

On Friday 13 May the council’s standards committee found that Councillor David Thomas (Conservatives, Preston) had contributed to the episode through his actions at the meeting.

He must now write an “unequivocal” apology to the clerk and present an apology to full council in July.

Earlier in the week, fellow Tory councillor Hazel Foster (St Marychurch), who chaired the now notorious meeting, was found to have allegedly bullied a council officer and to have run “roughshod” over council rules.

She was also seen to have used her position as a member to gain an advantage for the Conservative group at the council.

Following an administrative mix-up, the make-up of the housing panel was top-heavy with Conservatives, which didn’t reflect the political situation at the council overall. Torbay is run by a coalition of Lib Dems and independents with the Conservatives in opposition.

Committee chair Cllr Foster, who is married to the area’s MP Kevin Foster, refused to accept a change that would have seen the new panel balanced more in line with the overall council.

Some Tory councillors, including Mrs Foster, felt that changing the membership with the Zoom meeting underway was an unfair attempt to move the goalposts after the selection process had finished.

That led to a fierce hour-long debate over panel membership that became so aggravated a council clerk burst became visibly distressed and left the meeting.

Ignoring please from fellow councillors and senior officers, Mrs Foster repeatedly attempted to pass a vote on the membership of the council that had been printed on the original meeting report, but was incorrectly balanced.

Now the standards committee has found Cllr Thomas “exacerbated” problems by failing to respond to a request to put forward three Conservaive councillors so that the new panel would be politically balanced.

The Conservative leader accepted he had made some mistakes but also stated that in his 15 years as a councillor it had been practice for members to stick to the membership of committees and panels as printed in the meeting documents.

He also criticised council procedures that mean councillors who are not members of a committee or panel only have the right to ask one question per meeting.

Cllr Thomas argued that the measure is not “in the spirt of democracy.”

He said that part of the reason why so many Tory members put themselves forwards for the housing crisis panel was so they could ask more questions.

The Tory leader was found to have contributed to the disorder of last September’s meeting and the subsequent press coverage that followed. For this, he was deemed to have broken the council’s code of conduct by bringing the authority into disrepute.

Commenting on the accusation, he said: “I believe this meeting didn’t show [Torbay] council in the best of lights. It is certainly not the council’s finest hour.”

He said he honestly believed that when he spoke at the meeting he only did so to keep the meeting on track.

“I believe and I still believe there are lessons to be learned across the whole of that meeting,” Cllr Thomas summarised.

In its conclusions, the standards committee recommended that training is provided to all councillors and relevant officers to prevent some of the administrative confusion that fuelled arguments at last September’s meeting.

Before his hearing, Cllr Thomas had been accused of “mansplaining” in his response to comments made by the council’s chief executive Anne Marie-Bond who had been called in to bring some order to proceedings at September’s rowdy meeting.

This complaint against Cllr Thomas was dropped.

There were also complaints that Cllr Thomas’ response to the upset clerk was “belittling and chauvinistic,”  but this too was dropped.

The standards committee concluded that Cllr Thomas’ response, where he said the clerk was “having difficulties,” was not sexist. The Tory leader said he had used these vague words in order not to draw attention to the officer, who was in tears.

In interviews conducted ahead of the hearing, Cllr Thomas described himself as a “blunt northern gentleman.”

Investigator Colin Brown, who carried out an independent report on the incident, agreed. He said  he believed the Conservative leader’s “manner and tone would have been the same no matter who he spoke to.”