Bleak House at the Exeter Northcott 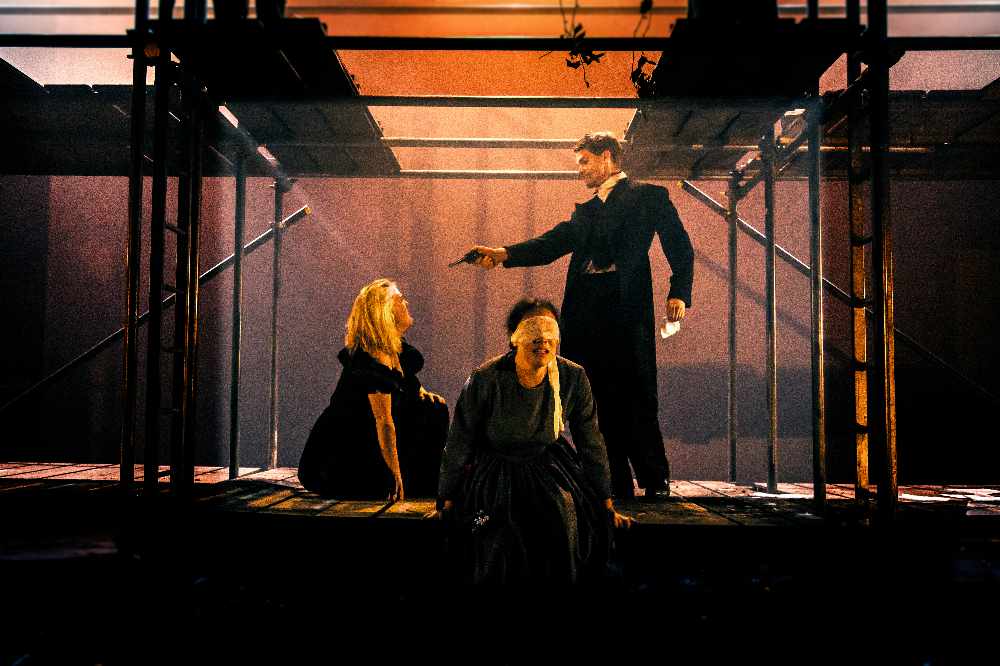 David Glass Ensemble took on a challenge when they decided to cram Dickens’ Bleak House into a production of just over two hours. While they managed to strip this complex novel back to a fairly comprehensible plot, this adaptation ultimately fails to create compelling characters, and leaves audiences devoid of an emotional response.

Bleak House is of standard Dickensian form, full of interlocked plot lines and coincidence. Its protagonist, Esther Summerson (Aimee Pollock), raised by her godmother with parents unknown, moves to Bleak House under the guardianship of John Jarndyce. Among many others, she is drawn into the infamous Jarndyce and Jarndyce court case, which has spanned generations without resolution, destroying lives in the process. A story of deceit, love, grief and death follows, layered with a critique of Victorian England’s class system, and its inefficient and corrupt courts.

David Glass Ensemble play up the darker qualities of the story, embedding the play in the gothic and grotesque. With ghoulish white faces, blood splattered legal documents, and twitching corpses, there is the potential for a harrowing exploration of Victorian London’s seedy underbelly. Yet this is strangely coupled with elements of farce and absurdism, creating a jarring tone. The laughs for these moments are rare, more often producing cringe than humour. Dickens’ satire is pushed so far as to be ineffective: we understand that the lawyers are lost in bureaucracy, we do not need to watch them impersonate chickens and sing ‘Mambo!’. The farce makes it difficult to emotionally engage with any of the characters. Thus, death scenes and episodes of great emotional reveal fall flat when stacked alongside irritating attempts at comedy.

Pollock carries herself well in the role of Esther, but the dramatization of the characters she must play alongside limits her emotional expression. Aimee Kember deserves mention as Jo, able to portray both the innocent enthusiasm of childhood and painful depths of grief. The scenes between Pollock and Kember are the most touching, with a convincing rapport between the pair.

Bleak House’s standout quality is the set, comprised of stark scaffolding platforms rising from a bed of soil. Upper-class characters promenade on the higher levels, while the mad and destitute scurry and writhe in the dirt below.

With so many adaptations of Dickens to contend with, David Glass Ensemble cannot be blamed for attempting a unique production. But, physical theatre, some pop music and the odd allusion to Brexit are certainly not enough to engage us in this plot and convince us of Bleak House’s modern relevance