The Lion, the Witch and the Wardrobe review 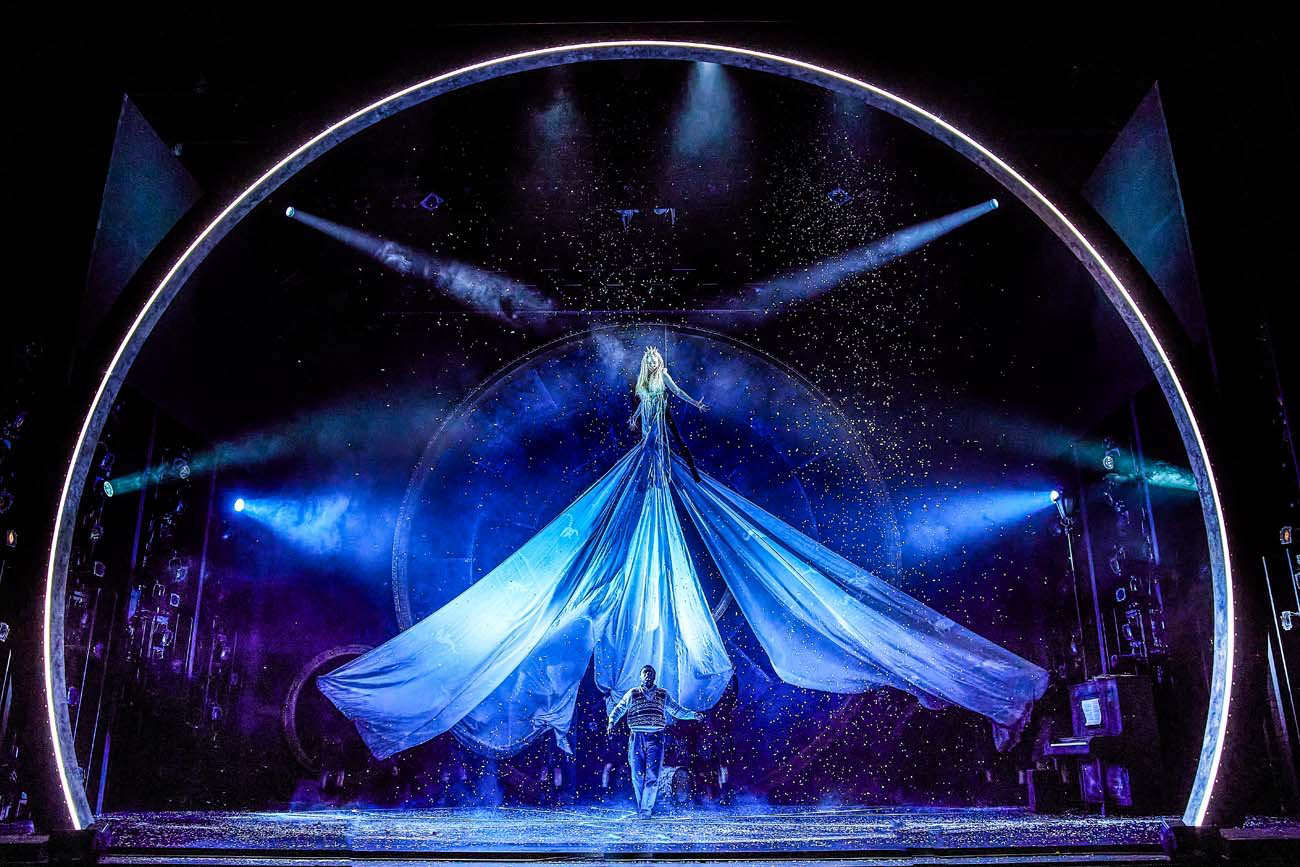 To call this show phenomenal would frankly be an understatement. The Lion, the Witch and the Wardrobe is Wicked meets The Lion King, and the quality is that of a Broadway show, thanks to director Michael Fentiman.

Every member of the cast is a quintuple threat, not only fantastic actors, singers, and dancers, but also orchestra quality musicians and puppeteers. Whilst acting and singing their heart out with perfectly blended harmonies throughout, they manned and played a variety of instruments from cellos on wheels to snare drums strapped to their chest. All this in lifelike, whimsical animal costuming. Its a family show, but not for the faint of heart.

The highest of praise must go to the four lead actors, the youngest of whom, Karise Yansen, makes her theatrical debut as Lucy. They played realistic and relatable youngsters ranging from the cusp of adulthood through to kings and queens by the end of the well-known tale. This all-black foursome was incredibly strong, effortlessly talented, and have very bright futures ahead of them.

The score was written beautifully with notable reoccurring motifs written in stunning harmony that was executed perfectly. Make no mistake, this full-scale musical hit the standard expected from any of the greatest West End musicals.

Even more impressive still, there was no orchestra pit with a conductor, but acting, moving, singing musicians of the ensemble playing every note right before the eyes of the audience. Their instruments effortlessly became props disguised within the scene with all the magic of The Cursed Child.

This ensemble worked with military precision to pull off everything from constant set changes to disguising themselves as furniture.

Credit is also due with the roaringly talented puppeteers. Max Humphries’ innovative design produced everything from a convincingly adorable old cat to a heroic and royal Aslan lion under Toby Olié’s direction.

Most notable of all was the haunting creatures under the influence of The White Witch and their terrifyingly realistic animal skulls.

Aslan and The White Witch were perfectly cast, with the Lion convincingly rugged alongside his magnificent puppet counterpart, and the Witch disturbingly wicked. Samantha Womack has a spectacular voice that can only be described as Frozen’s Elsa turned evil, meanwhile Aslan is undoubtedly the role Chris Jared was born to play.

One mustn’t overlook the importance of Aslan’s puppeteer Oliver Grant, who’s feline understanding of the role was second to none. Another standout member of the cast was Michael Ahomka-Lindsay as the terrifying Maugrim, who needed no words to invoke terror.

There can only be one word for the on-stage illusions, and that is magic. And magic supervisor Chris Fisher brings all his Cursed Child wisdom to the show to produce seamless illusions and inexplicable disappearances, leaving the audience with the wonder only Narnia can bring.

Finally, the choreography and costuming brought everything from flying birds to dancing reindeer. It was a true showcase of the sheer capacity of the talented performers.

This was a seamless production from start to finish, and it would be a disservice to every brilliant member of the show to say otherwise. The Lion, The Witch and the Wardrobe deserves a permanent seat in the West End alongside its counterparts.

The Lion, the Witch and the Wardrobe runs until Saturday, then moves onto Glasgow, Birmingham, Dublin, Woking, Norwich, Wimbledon and Bristol.