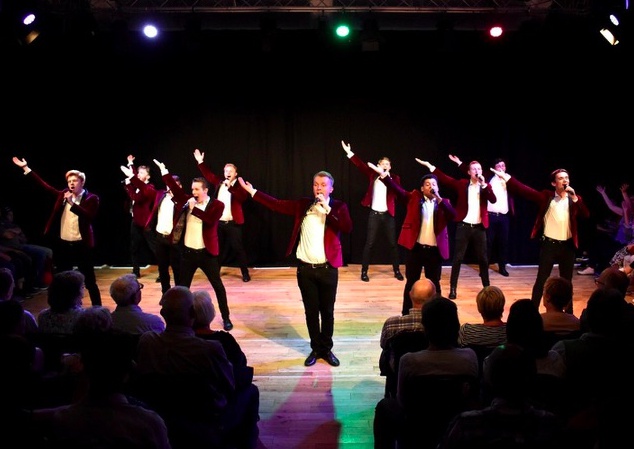 Sidetracked is the sixth consecutive Edinburgh Fringe show from Semi-Toned, Exeter University’s all-male acapella group. The twelve-man group in their iconic burgundy blazers have made quite a name for themselves, touring the USA and the UK, and winning BBC Two’s The Choir: Gareth’s Best In Britainin 2016, as well as appearing on Sky’s Sing: Ultimate A Capella in 2017.

Returning to Edinburgh this August,Semi-Toned were under pressure to live up to the standard of last year’s five-star, sell-out show Stay Tuned. They were more than prepared. Sidetrackedis a fun-filled show of music from across the ages and genres, interspersed with comic moments that weave the show together. Despite moderate acting in places, the witty touches link each song together and keep the audience laughing, helping to make it suitable and enjoyable for all ages.

The show centres on the theme of the students struggling to balance acapella with their university degrees, and is loosely based on campus experiences of the members. While slightly clunky at times the set flows, and the audience laughs. From YMCAto a hair-raising finale of Bat Out of Hell, people with music tastes of all kinds can enjoy the show. The flawless vocals are accompanied by faultless choreography with a delightfully cheesy edge.

Sidetracked is a brilliant journey of escapism, joy and laughter that is guaranteed to leave the audience with a smile on their faces, whatever their musical preferences.