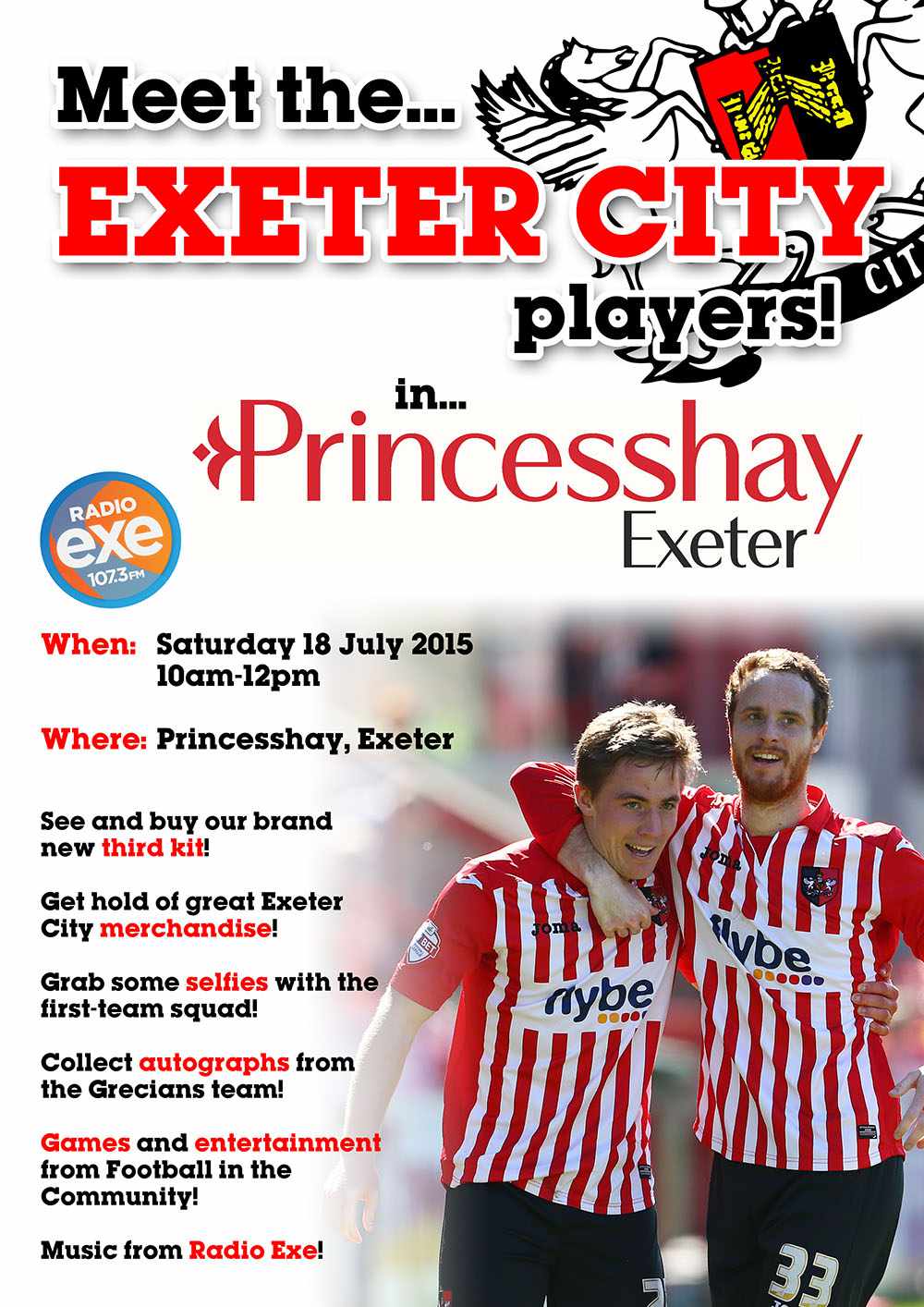 The Exeter City first-team squad – including the new summer arrivals – will be lining up to meet the public in Princesshay on the morning of Saturday 18th July.

Fans of all ages will be able to meet the Grecians team between 10am and midday in Princesshay, before they make their way back to the stadium to prepare for the friendly fixture against AFC Bournemouth – the newest members of the Barclays Premier League – which kicks off at 3pm at St James Park.

As well as the chance to gather autographs, photographs and selfies with the squad, there will also be a merchandise stall for City supporters to get Grecians gear. It is also currently scheduled to be our fans' first opportunity to see and purchase Exeter City’s brand new third kit, which is being launched for the 2015/16 season.

The Football in the Community charity will be on hand to run activities for fans (young and old) to join in with.  Exeter City Supporters’ Trust, majority-owners of the club, will also be in attendance with a stall of their own and Radio Exe will be broadcasting live from the venue and conducting interviews with the players.

It is a great and unique chance to get up close and personal with the team on a matchday – so make sure you come and say ‘hi’ in Princesshay on Saturday 18th July! 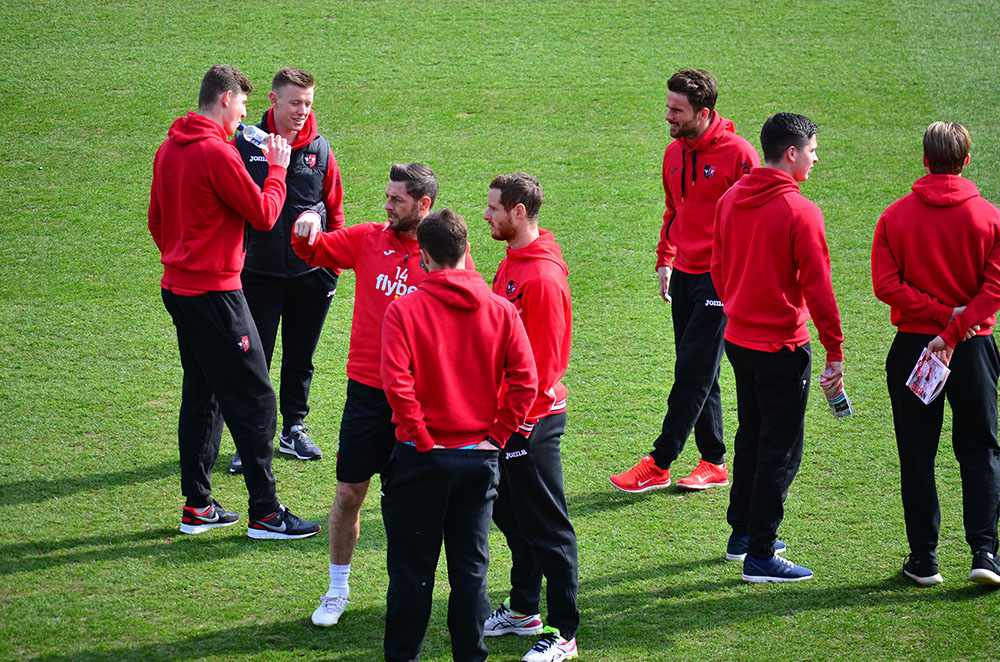