Rich performances, but is this Art?

You don’t often get this – the audience applauding each cast member as they make their entrance.

That’s the positive thing about celebrity casting – each star has followers who are delighted to see them live.  And here the combination of easily recognized names, Nigel Havers, Denis Lawson and Stephen Tompkinson, (with Coronation Street, Star Wars and Prime Suspect among their credits) has proved a winner – with the cast seemingly having as much fun as the audience. There is a scene involving competitive olives (a game you can try at home) where you are almost willing them not to corpse.

The story revolves around three men who have been friends for 25 years. Their relationship is put under pressure when one buys a painting at an incredible price. One friend is perplexed and incredulous, the other,  who has spent six years in therapy, just wants to keep the peace.

What follows is clever – with the painting acting as a catalyst for their attitudes towards each other, each other’s partners and the ties that bind friends together. Afterwards, you’ll find plenty to chuckle about – but also lots to think about too. There might be a bit of coasting at times – although not from Tomkinson, who gives the richest of the three performances. And the warmest laugh on opening night was when Havers couldn’t get the painting at the centre of the play to stay propped up properly on a chair. But this is funny, sharp and sophisticated.

Christopher Hampton’s translation from French writer Yasmina Reza’s 90 minute piece is clever and on the evidence here, seems to be standing the test of time. It doesn’t seem that long ago, but it was back in 1996 that this fine and funny play first exploded on to the West End stage and ran for eight years. 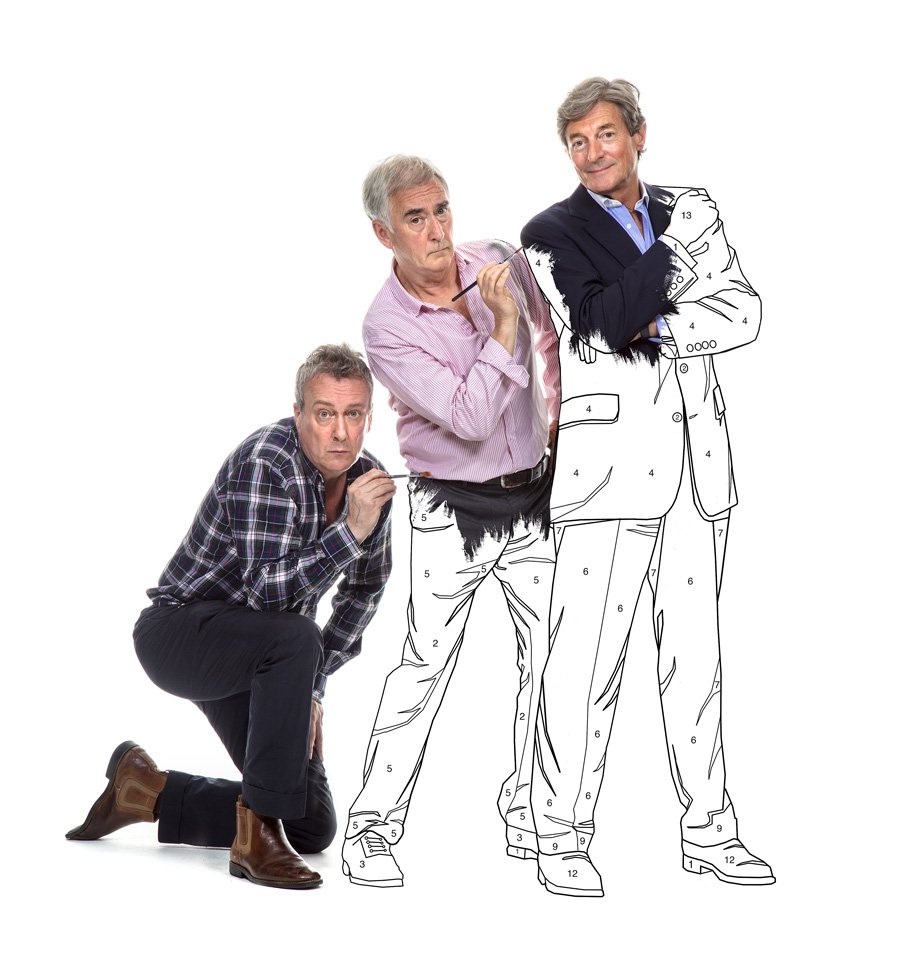 Art Malik , Frank Skinner and a significantly younger Nigel Havers  were among the earlier casts) and pulled in audiences who were not regular theatre goers. It’s likely to do the same on this national tour, currently only of the second of its 16 dates with the possibility of more being added.  Worth catching? Yes. It’s a modern classic.