The World Cup Rugby comes to Radio Exe soon. Keep listening for daily updates from the eagerly awaited tournament which starts on the 18th September.
Every day for six weeks, we’ll bring you team news, game reviews and previews plus much more...
The Radio Exe World Cup Rugby Reports brought to you with The Crossbar Exeter. The City’s newest and most welcoming sports bar on Fore Street. Try Crossbar Exeter – with five sport screens you’ll be keeping in touch with all the action! 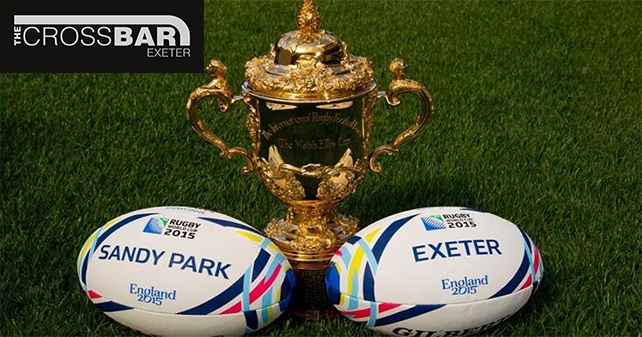 On Air Now Through The Evening Playing Freedom Wham!
On Air