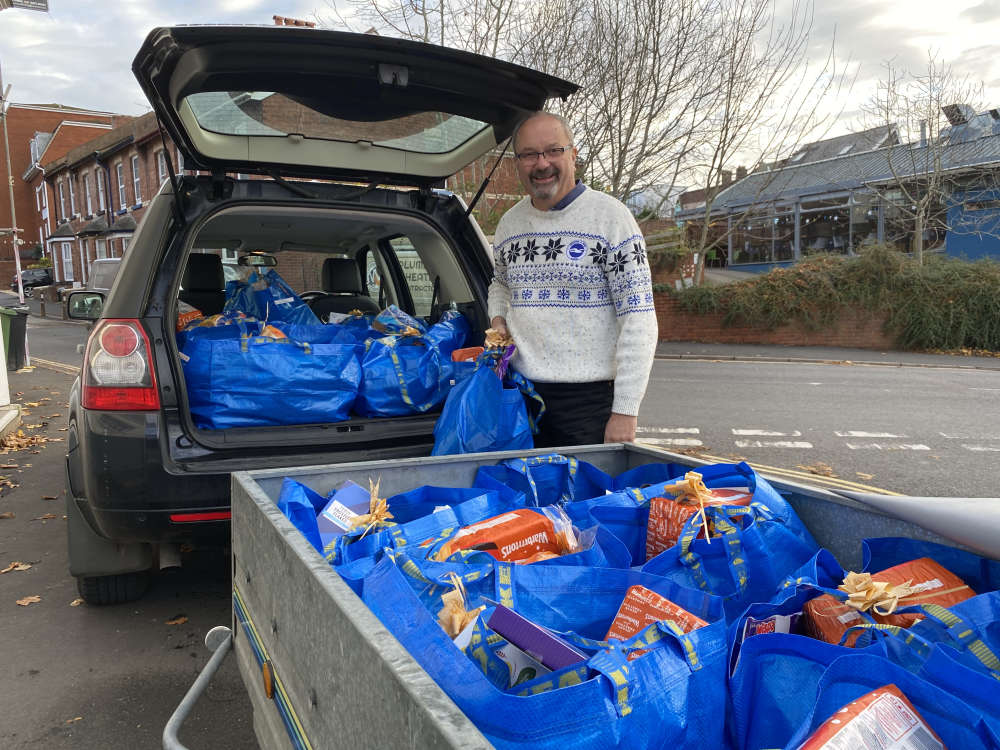 An Exeter church has given out more than 1,300 hampers to people in need across Devon. Rediscover Church has been running the project for the last seven years, but this is the most it has ever distributed, because of the growing need. This year, hampers have with gone beyond its traditional Exeter base, to Kingsbridge, Axminster and South Molton.

The church worked with local charities and organisations to identify people for the festive food. Many were said to be overwhelmed, with some reportedly crying at the doorstep.

Volunteers in the church helped pack the bags and, in many cases, drove them to the homes of recipients or to a central distribution point where recipients could collect a hamper to take home.

Jason Ham, operations coordinator at the church, said: “This project has been made possible by the incredible effort of so many volunteers who worked tirelessly to bring smiles to loads of people’s faces at Christmas!

Last year, around 500 hampers were sent out. This year it has been a massive increase because simply there’s so much need out there with organisations getting in touch with us to say can we help. We believe that our faith is something to be outworked in our community, and by practically supporting others we’re able to help others who might be struggling at this time of the year. We’re so grateful to the church for their generous donations, and for local businesses who have helped us make the project possible! If anyone would like us to support next year, do get in touch now so we can keep you updated.”
People can still donate towards the project, which is impacting many thousands of lives, at www.rediscoverchurch.com/appeal