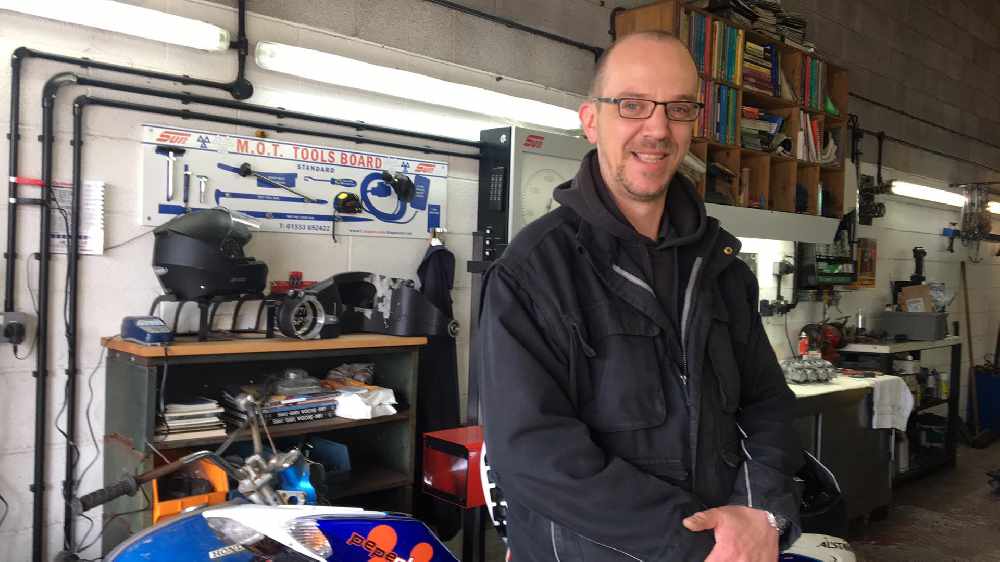 A motorcycle mechanic from Honiton has been working to keep the Devon Freewheelers on the road.

Jessi Little, who owns BJS Engineering in East Devon, has waived his MOT fee for the Honiton charity's bikes for the past four years.

When other garages were closed across the county during the first coronavirus lockdown, Jessi stayed open for the Devon Freewheelers to take on the charity's servicing and MOTs which they wouldn't have been able to get elsewhere.

He said the "thousands of pounds" Jessi had saved the charity over the years was ploughed back into keeping the vital service on the road.

Mr Roe added that the charity was touched by Jessi's kindness, backing the work of the Devon Freewheelers through his garage. He also said: "If it wasn't for Jessi doing our MOTs, it would cost the charity thousands of pounds.

“What he doesn’t realise is that every penny he saves us we can spend on the road, the community, the NHS and the patients.

“What he does for the Devon Freewheelers charity is phenomenal. It’s heartwarming.”

Mr Roe said Jessi was always at the end of the phone if the charity had a problem with one of the motorbikes.

“We only have to ask and he will do it for us, and if he can’t, he will find someone who will help us. I didn’t know there were so many good Samaritans out there who support the charity,” said Mr Roe.

He added: “It’s all down to the volunteers at the end of the day - people who give and don’t expect anything back. It’s heartwarming.

Jessi learned about the Devon Freewheelers through a friend who fundraiser for the charity.

He said the service helped the residents and patients of Devon in a host of ways many living in the county were unaware of.

“I consider the charity at the same level as the air ambulance,” said Jessi. “Any single person – any one of us - at some time might need or benefit from the Devon Freewheelers and their service.

“I keep an eagle-eye on the bikes and make sure they are safe because they have to be ready to go.

“I like to help them because they are a good cause.

“I said would happily do their work and when it came to the MOTs, I said I would do them for nothing. It’s my way of contributing.”