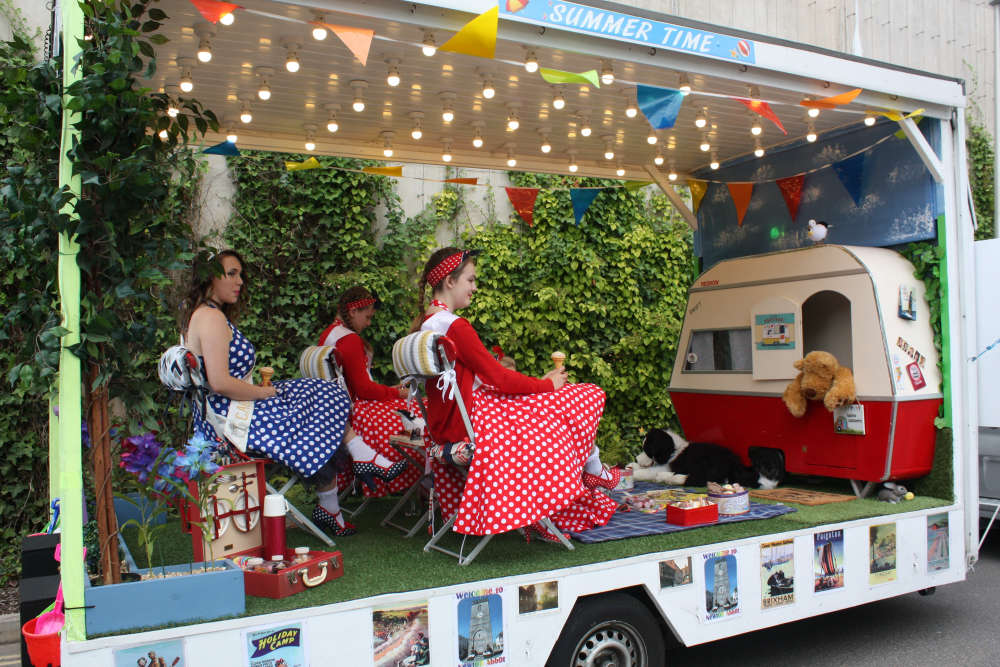 Volunteers needed for the show

Newton Abbot Carnival 2022 has been given the green light and the search is now on for fresh volunteers – and the girls set to become ‘royalty’.

Two years have passed since the town played host to its popular family-friendly carnival week, a victim like so many things to the Covid pandemic.
But now the committee has confirmed that it’s business as usual once more, starting with a band concert in Courtenay Park on Sunday July 3.
Also confirmed is the all-important carnival parade for Saturday July 9 followed by Praise in the Park the following day. A full programme of events has been promised in the coming months.

Committee chair Mike Ryan said: "We are very pleased to announce that our carnival is back after a two year break."
"The committee has started to plan the events and the one thing we really need to help us get back on track is some fresh faces, some new volunteers."

"We know how important carnival is to the people of Newton Abbot so please, if you’ve any time spare at all, get in touch."
"You will be making a fantastic contribution to our town and its recovery from what has been a torrid couple of years."
With south Devon’s carnival season set to start at the end of June, steps are already being made to find the Newton Abbot Carnival Queen 2022 and her attendees.

Girls aged 14 – 16 years and living in the town are eligible for the leading role as are those aged 11 – 14 years for the supporting positions.
All must be able to commit to attending carnivals across the area, most of which are held on Saturdays between the end of June and early September.

"These girls will be ambassadors for Newton Abbot and we know from past experience that memories will be made that last a lifetime," said Mike.
"The selection event for both roles will take place mid-April, with the crowning ceremony on Saturday June 25 ready for the South Brent Carnival which will be held later that day."
"Community spirit is alive and kicking in Newton Abbot, despite everything the pandemic threw at us, now carnival is back and we hope that with everyone’s support it will be bigger and better than ever."
Carnival royalty candidates and potential volunteers can contact either call Mike Ryan on 07746534065 or email 60meryan@googlemail.com.