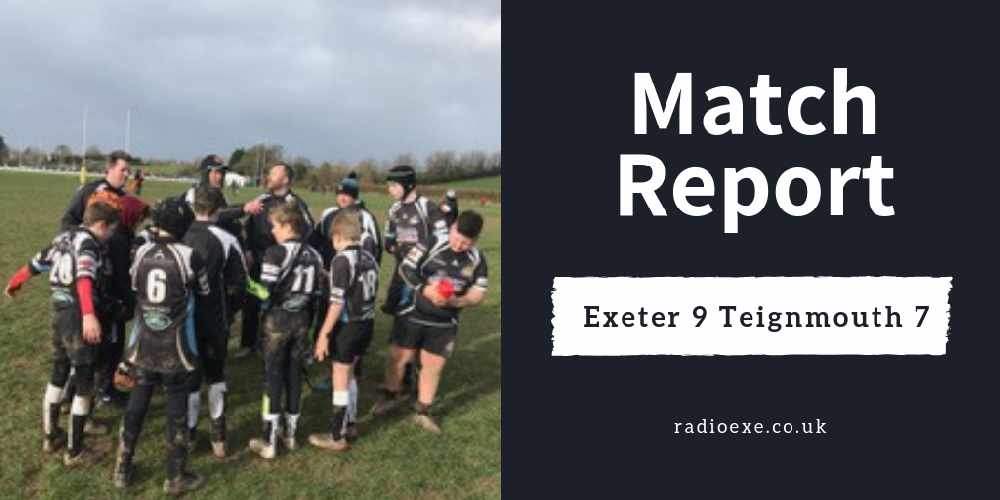 Teignmouth made a confident start. Kit saw an opportunity open up and flew down the wing and scored. Exeter were on top form and comfortably took the lead 6-3 after the first 20 minutes.

A ‘buzzing’ Exeter side returned from half-time, confident and strong. High Tackles seemed to be the flavour of the day by the cheeky Teignmouth side, and Mikey suffered a neck injury.

Liam barged his way through to score a try, and Exeter were able to score two more. Five minutes of Extra time was added – and Exeter scored again.

Thomas was injured just before the final whistle, and unfortunately didn’t quite score for Exeter on his departing performance.

Reflecting on the narrow victory, Exeter head coach James Sommers said: "It was a fantastic performance, especially from our 2 new players. No. 10 - Lewis and No.6 - Charlie."