2019 Torbay Airshow will go ahead 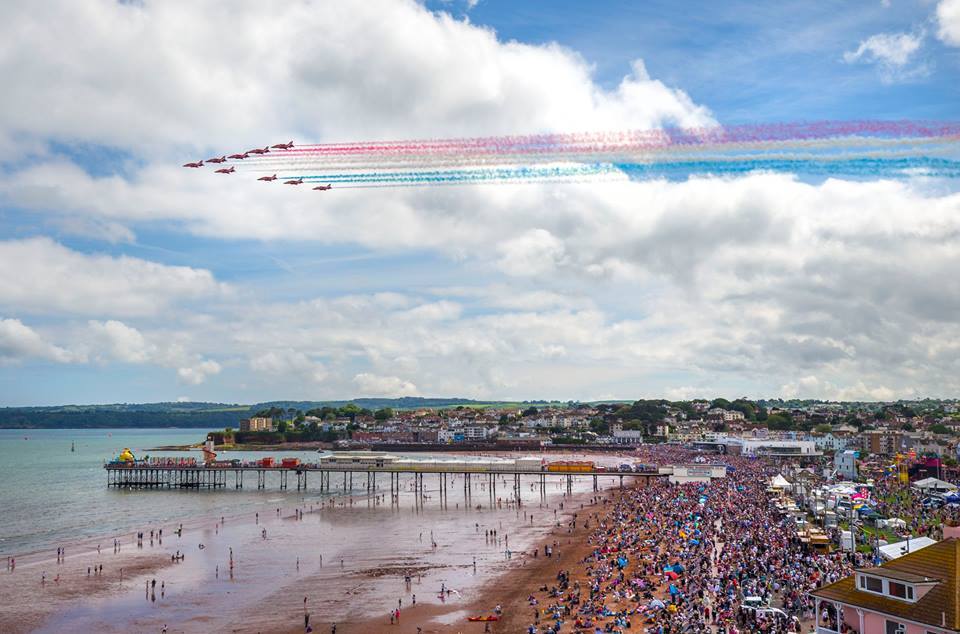 Fundraising page has been set up

Doubts were raised earlier this year when the mayor pulled a £90,000 subsidy for the show from next year’s budget.

But the council is now sending out the message that it definitely will go ahead – funded by sponsorship, donations and income.

And senior councillors called on local businesses to help fund the event, which over the last three years has brought in more than £17m to the local economy.

A grant of £90,000 from the council towards the cost has been taken out of next year’s budget because of the financial pressures facing the council.

At a meeting yesterday, elected mayor Gordon Oliver backed a proposal agreed by senior councillors that the show should go ahead with a break-even budget.

They heard it already had financial backing from the English Riviera BID company and the Torbay Development Agency, with discussions going on with local businesses.

Tim Godfrey, chairman of the English Riviera BID company, told councillors it was putting in £10,000 and would support the marketing campaign.

He said: “It is a fantastic event that has grown over the last few years.”

Elected mayor Gordon Oliver said: “If there is a feeling in the business community that it sees a large economic benefit, they will support it.”

In September, the mayor agreed that senior council officers should talk to the private and voluntary sectors to raise funding and sponsorship.

That approach was backed by the Air Show Working Party at the end of October.

A report to the council’s Policy Development and Decision Group on Monday said: “The Council has already received sponsorship commitments from the TDA and English Riviera BID Company, with several further sponsorship deals currently under negotiation but it needs more people and organisations to come forward to support the Event.”

Cllr Nicole Amil said: “It is a nationally recognised event, and it is in the unique position of being in the UK the first major air show in the year.

“In my opinion, it is an air show we cannot afford not to take place.”

Kevin Mowat, assistant director of business services, said giving a commitment that the show would definitely go ahead would make it easier to raise sponsorship.

The challenge was to stage the show with a break-even budget.

A fundraising web page was launched in mid-October to help raise the £90,000 needed.

Torbay Council has set up the online donation page with the title Help us to Bring the Noise.

The free event based at Paignton Green was launched in 2016 and is scheduled for the weekend of June 1st and 2nd next year.

This year the event attracted more than 165,000 visitors, bringing in an estimated £7m to the local economy.

It is the first in the season of major air shows around the country supported by the RAF and features the Red Arrows, the Battle of Britain Memorial Flight and the Eurofighter Typhoon jet.

It has a freeze on non-urgent spending to save another £1m and is expecting to have to find more than £20m of savings over the next three years.

The  committee approved a recommendation to the mayor to support the Torbay Air Show for 2019 through sponsorship, increasing income opportunities and reviewing the overall costs to ensure that the Air Show is delivered.

The mayor agreed with the recommendation, and his decision will be published on the council’s website where councillors will have five days to call it in for review.