5G: coming to a mast in Exeter 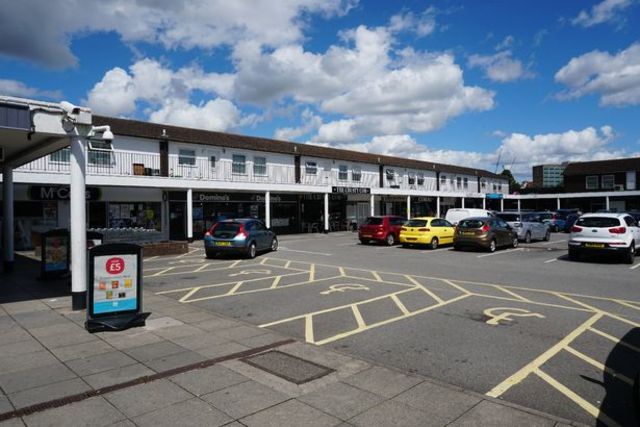 Controversial plans for a new 5G mast to be installed at the St Thomas Shopping Centre in Exeter are set to be approved.

Exeter City Council’s planning committee is being recommended to grant approval for the installation of the 20m high 5G telecommunication monopole in Cowick Street next Monday.

Around the country, some 5G masts have been attacked by protestors who believe that they may be to blame for the covid pandemic or that electromagnetic fields can cause other serious health issues. Those claims have not been proven.

The application by mobile network operator Hutchison 3G UK, commonly known as Three, wants to install the mast because of what they call an ‘acute need’.

More than 150 objections have been made, compared to just five letters of support, but as the application is considered to be ‘permitted development’, the only considerations that the committee can take into account relate to the siting and appearance of the mast.

Among the objections are concerns over safety, the perceived public health risks and that further research should be done and application put on hold until the safety of 5G has been established.

Under the Town and Country Planning General Permitted Development Order Deemed, consent is deemed to have been given if a decision is not made within the time limit of 56 days, and so a decision would have to be made by July 8, 2020, or consent is granted automatically.

Legal advice to the committee says that while the introduction of 5G is controversial, with many campaigners claiming the technology is unproven and potentially hazardous to health, the government and Public Health England say 5G is safe and that there are no public health grounds for installation to be refused.

The planning report adds: “The rollout of 5G has raised concerns regarding public health associated with telecommunication equipment and the implementation of electromagnetic fields. International and UK expert groups have examined the evidence and have said it is possible that there may be a small increase in overall exposure to radio waves when 5G is added to an existing network or in a new area, but the overall exposure is expected to remain low relative to guidelines and, as such, there should be no consequences for public health."

Some of the objections cite perceptions of risk, causing anxiety and stress, and the potential for people to avoid shopping in the area, the report says, but it adds that the application has addressed the need for the mast in the area, and options for locating elsewhere with supporting information also confirms the mast can only be located in a small area for technical reasons.

“Moving the mast to another site in St Thomas would therefore not address perceptions of health risk," the report says.

The planning committee is being advised that the only considerations they can look at are around the siting and appearance of the mast, and the report says that the mast would be a prominent addition to the area that would be visible in both short and longer views of the area and would therefore result in an adverse impact on the appearance of the area.

But it says: “The applicant has submitted a justification for this location, based on technical and operational constraints and given the location beside the modern shopping centre, and presence of street furniture, the impact is considered to cause less than substantial harm to designated heritage assets.

“It is therefore considered that, whilst the proposal would result in some visual harm, this would not amount to a serious adverse impact on the character or appearance of the area, or setting of locally and nationally listed buildings.

“On balance, the visual impact is considered to be outweighed by the substantial public benefit arising from the provision of 5G services and therefore does not warrant the refusal of the application, with the economic growth and social well-being through the increased connectivity that 5G will provide, including home working, connected transport and smart city applications.”