A third of Devon's workforce furloughed 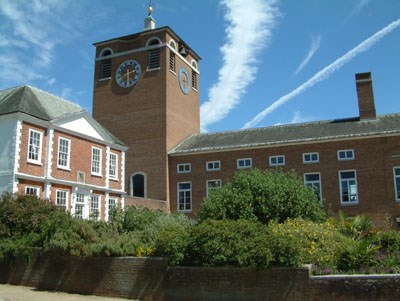 More than 100,000 people – a third of Devon’s workforce – were on furlough at the height of the coronavirus pandemic. The number of people seeking unemployment benefits almost trebled – and went up 550 per cent in some parts of the county – while lockdown disproportionately affected people who could least afford it.

The figures were presented to the Devon County Council health and wellbeing board by public health specialist Simon Chant. HEshowed the social, economic, health, and environmental impacts on people and where they had been positive or negative.

Educational attainment – possible negative impact due to inequalities in home learning activities and access
Job security – definite negative impact due to the increase in people claiming benefits, with young and lowest earners impacted the most
Household incomes – definite negative impact as earning have fallen, particularly for lowest earners and single parents
Work environment – unclear impact as there is limited evidence around inequalities for some in a home working environment
Predicted economic impact – probable negative impact due to the predicted economic downturn and significant health effects
In Devon, there were 21,900 people on Job Seekers Allowance in June, compared to 8,300 in February, and 105,400 people were furloughed, which is 32 per cent of the entire workforce. Mr Chant said that increases in claims had been seen everywhere but were greatest in small towns dependent on tourism.

Mr Chant showed a graph which modelled the estimated impact and health footprint of the pandemic over time, with the first, second, third and fourth ‘waves’ that it would have. The first wave saw the immediate and sharp rise in the mortality that the actual virus itself had on the population before dropping sharply and to a very low level as time progresses as the number of cases in the region and the ability to treat the virus drops and improves. The second wave sees an increase, although not to the same level, relating to the resource restriction in the NHS on urgent non-covid conditions. The third wave sees a much smaller peak of health impact but one that is much longer lasting than of the virus itself as a result of impact of interrupted care on chronic conditions. The fourth wave rises above the level of health impact that the mortality of coronavirus had and stays at a high level over a long period of time and reflects the physic trauma, mental illness, the economic injury and harm, and the burnout effects that the lockdown and resultant impacts will have.

Dr Virginia Pearson, Chief Officer for Communities, Public Health, Environment and Prosperity said that there was and still is the real concern that people are not using the NHS now when it is safe for them to do so. She said: “We need people who are poorly, physically or mentally, to seek care from GPs and hospitals as there is capacity there, and important that people do seek medical care.”

“While we don’t have a vaccine for coronavirus at the moment, everyone has improved their basic hygiene levels, and this won’t be the last pandemic we get so we need to be prepared for it and maintaining good hygiene is a part of that.”

The meeting also heard that local arrangements to keep a sharp look out for any potential new outbreaks of coronavirus in Devon, and take swift and decisive action to tackle and contain them when necessary, are now up and running.

Mr Hart said: “Devon is in a very good place right now. We continue to have one of the lowest number of cases in the country – and we want to keep it that way. That is down to our local residents and businesses who have done an excellent job in respecting national advice and guidance so far. It is also thanks to our strong local partnership between local public agencies and communities.

“What we don’t want is another lockdown. We in the South West are popular tourist destinations, and we are doing everything we can to support local holiday and leisure businesses with advice about opening up safely, as well as guidance to potential visitors about preventing spread of coronavirus.”