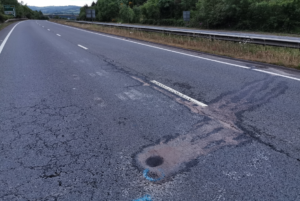 Works between Kennford and Newton Abbot, including 2 week closure near Kingsteignton.

Motorists are set to face fourth months of disruption on the main road between Exeter and Newton Abbot.

The A380 will be closed southbound between the Eagle Farm junction and the Ware Barton junction, near Kingsteignton, overnight from tonight (Monday November 4th)

The closures are set to last until Friday 13th December, and traffic will be diverted through Kingsteignton.

And while the roadworks to resurface the carriageway are taking place, a temporary 40mph speed limit will be in place.

A Devon County Council spokesman said: “The work has been planned to ensure that during the day there are no closures of the north or southbound carriageway. One side has to be closed for the work but a contraflow will be in place when needed. To ensure the safety of motorists a temporary speed limit of 40mph has been put in place.

“During the night the southbound carriageway will be closed and traffic will be diverted through the town.

“It should be noted that the start time is subject to traffic levels falling below the required threshold, therefore the establishment of the closure may be slightly later than 6.30pm

“Furthermore, during the day time and over the weekend a 40mph speed limit will also be implemented through our works.”

The signposted diversion will take traffic on the B3195, Exeter Road, Gestridge Road, Newton Road, Greenhill Way, Vicarage Road and Teignmouth Road, before rejoining the A380 at the Ware Barton roundabou

To enable bridge deck waterproofing and parapet replacement to be carried out at Eagle Farm overbridge, the road will need to be closed 24 hours a day for an anticipated two-week period. During which the daytime traffic management arrangements will be see a contraflow put in place.

A spokesman added: “Although the contraflow is likely to cause significant delays, it is essential to enable the waterproofing works to be carried out.It will also enable the contractor to work more efficiently and safely in daylight hours, as there will be no need to allow for the closing and re-opening of the road on every shift.

“Advanced notice will be provided prior to the implementation of any closures and there will be a signed diversion route in place.” 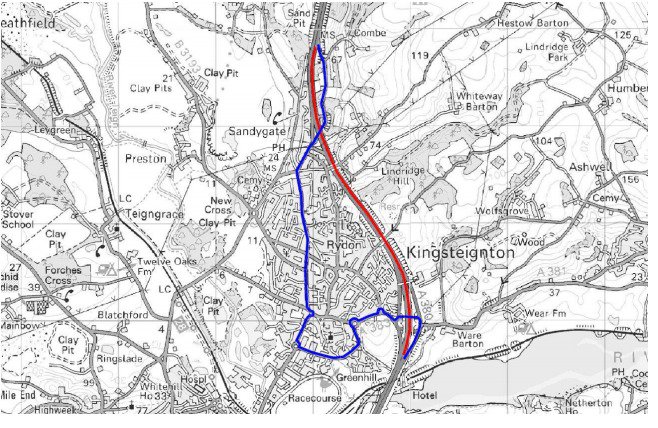 It comes as two more sections of the A380 will be affected by roadworks early in 2020.

The A380 northbound between Ware Barton junction and Eagle Farm junction will be closed between January 6 and February 14 overnight, and there will again be a 24 hour contraflow for two week period during bridge deck waterproofing.

Between Woodlands and Kenn, the A380 will be closed northbound between January 6 and February 7 overnight.

A spokesman added: “The condition of the A380 road surface is deteriorating, with signs of cracking in multiple locations. This cracking has allowed water to enter the surface which has led to localised failures, and therefore major resurfacing work now needs to be carried out.

“The A380 is part of the major road network in Devon, therefore any disruption to traffic needs to be carefully planned and managed. To maximise the traffic management arrangements, other maintenance works will also be carried out at the same time.