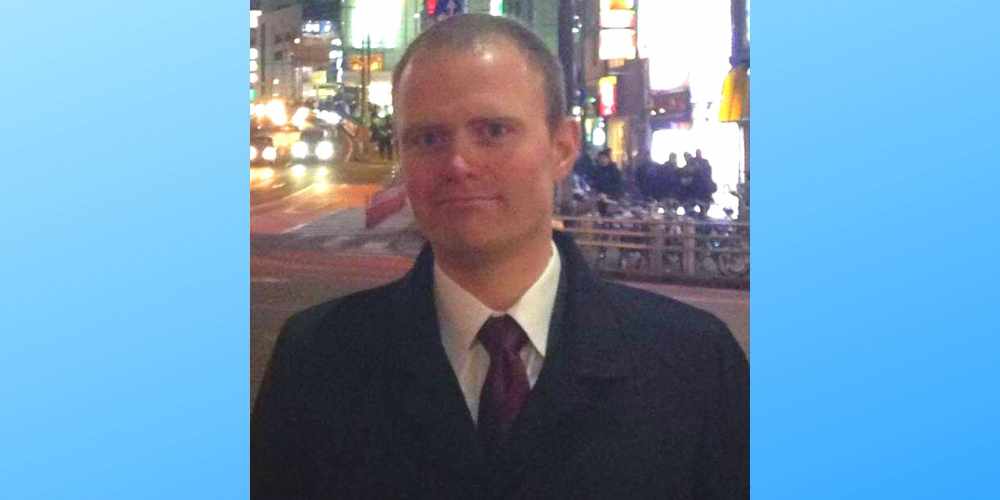 John Kitson from Totnes is concerned about its potential impact

An Independent candidate is standing for Parliament to protest against plans for the rollout of 5G technology.

The industry says 5G – the fifth generation of mobile phone technology – will revolutionise society by connecting more services all around us including transport and buildings and offer speeds several times that of current-generation 4G.

Once rolled out, the next generation of mobile internet connectivity is supposed to transform our lives. It will enable the fastest speeds and most reliable connections on smartphones and other devices.

But fears have been raised about the safety aspects of the new technology, and campaigners in Totnes have claimed it is a serious health hazard.

The Government’s adviser Public Health England says health effects are “unlikely” at exposure to levels below international guidelines used by the industry.

But John Kitson, from Totnes, has chosen to stand for Parliament because of his concerns about the rollout of experimental, dangerous 5G technology which is being rolled out without concern for the health and wellbeing of the British public, and the environment.

Mr Kitson, the campaign leader of the anti-5g group in the town, said: “No studies have been conducted that prove 5G to be safe, and there are thousands of peer reviewed scientific studies to show that EMF radiation emitted from wireless technology is dangerous to all living things. The 5G Space Appeal, EMFscientist appeal and the Lancet among many other scientific & medical journals all state this.”

Following pressure from the campaign group, Totnes town council earlier this year declared a moratorium on installing the high-frequency network.

Although the decision has no force in planning law, Mr Kitson said that it is a warning to ministers that they cannot bring in 5G without further research into its effects on health.

The 38-year-old has left the recruitment industry to become a full-time 5G activist, and now hope to be elected as an Independent MP to hold to account the British Government over their 5G rollout plans.

He said: “Everyone is talking about how 5G will allow driverless cars, amazing wi-fi speed and the internet of things such as fridges linked to the web, and yet proper research on this technology has never been carried out.

“Telecom companies, Public Health England, the World Health Organisation – they all say no adverse effects on human health have been established during use of existing 3G and 4G networks.

“But there have been thousands of peer-reviewed scientific papers which raise concerns.

“More than 250 scientists have urged the EU to halt the rollout of 5G because it means a huge increase in electromagnetic radio frequencies on top of the existing network. I don’t want to stop the march of technology. I want it made safe.”

John left his job in the recruitment agency to become a full-time anti-5G campaigner following the death of his mother from a brain tumour.

“Tumours are increasing and it isn’t down to better diagnosis,” John said. “There is increasing evidence of a link to high-frequency radiation.”

If he is elected as MP, he said that he will donate half of his salary to independent groups who are fighting pollution, including EMF radiation which is also a pollutant and will announce the groups each month in the local newspapers.

Standing alongside Mr Kitson in Totnes are Anthony Mangnall (Conservatives), Louise Webberley (Labour) and Dr Sarah Wollaston (Liberal Democrats). The Green Party are not standing as part of the ‘Unite to Remain’ pact.

He added: “Currently there is no Green candidate standing for Totnes, but I believe that taking a stand on such issues is of the upmost importance.”

His candidacy comes as people across Devon are currently being asked for their views on 5G, as Devon County Council launches a “call for evidence” on the technology.

The County Council’s Corporate Infrastructure and Regulatory Services Scrutiny Committee is investigating 5G as part of a spotlight review.

It follows a series of questions that have been asked by anti 5G campaigners at several council meetings earlier this year.

Cllr Roger Croad, cabinet member responsible, was presented was evidence outlining their concerns over 5G and said that he would read and consider it, and encouraged his colleagues to do the same.

He told the meetings that Devon County Council has no statutory health protection responsibility for potential effects of 5G. He added: “The responsibility for determining the level of risk associated with 5G and monitoring evidence relating to this and other mobile technologies sits with Public Health England.

“As part of the wider public health system, local authorities accept the national public health guidance, as they already do on a range of health protection matters, alongside other relevant statutory bodies such as the Health and Safety Executive.

“Public Health England has been advised of the concern expressed locally by members of the public, such as yourself, regarding the impact of 5G. We will keep fully abreast of this advice and the Council will respond accordingly.

“Devon County Council is not responsible for the roll out of 5G and, as such, has no ability to abstain from the technology, the development of which is being led by the private sector.

“We are not aware of any directive or Act that determines the roll out of 5G in Devon. The County Council will continue to review its position in light of guidance from Public Health England, the ambitions from Government and guidance from Ofcom on the deployment of 5G technologies.

“Currently the Council is not involved with mobile planning applications, this is a District Council responsibility as part of the planning authority remit, but where street furniture is concerned, we are not aware of any Council assets that are currently hosting mobile network operators 5G technologies, but we would review any such request from mobile network operators in accordance with Government guidance and PHE guidance.”

Although the County Council has no current plans to make use of 5G in its ICT and is not involved with planning applications for mobile infrastructure, it is running an investigation in response to local concern and wants to hear from people to help inform its findings.

An online questionnaire is now available, inviting members of the public to express their views and asking what evidence or information people feel the County Council should consider in reviewing the technology.

It also asks how informed people feel about the technology and if they feel enough awareness has been raised about the use of 5G.

Camilla de Bernhardt Lane, Devon County Council’s Head of Scrutiny, said: “We want to hear from as many people as possible across Devon regarding 5G technology. The information shared will be used in our Councillor-led spotlight review. While Scrutiny can only make recommendations, this work is planned to help to inform Council policy on 5G technology. This is your opportunity to let our review know your thoughts and what you feel Devon County Council might do to address any concerns you have.”

The online survey can be filled it online at https://forms.office.com/Pages/ResponsePage.aspx?id=gzehjWjLP0S7S5l_d_1b-655Fx9YSNVLka5afliMvixUNFY4VjkwUVY0N0tJNE5RU0dCVE5KVzdROS4u