Appeal after burglaries and road rage 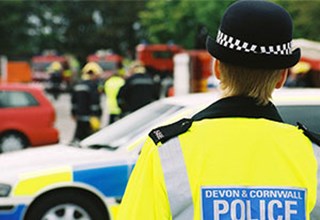 They happened in North Devon on Tuesday [10 December]

An appeal’s been launched after a spate of burglaries in North Devon earlier this week.

A number of high-value jewellery and cash were stolen in the incidents on Tuesday [10 December] – three happened in Barnstaple and one in the area of Braunton’s Velator Close.

A motorist was also threatened by a male passenger of a grey Audi Q5 4x4, shortly before 1pm, on Barnstaple’s Gloster Road.

After an altercation, he hit out at the victim’s car window with a screwdriver causing damage, and then stole their dashcam before reversing away, hitting a number of vehicles in the process.

Police are appealing for any potential dashcam or CCTV footage of the incidents.

DC Ben Cartwright said: “We are appealing for witnesses to contact us, particularly if they own private or business CCTV or dash cameras covering Ashleigh Road, Victoria Road or Gloster Road in Barnstaple.

“We are also appealing for anyone with footage in Velator Close, Velator Road, and Velator Drive in Braunton.

“Anyone who owns such cameras are encouraged to contact the police so we can ascertain if their devices have captured anything that may assist us in our investigations.”

On Air Now Through The Evening Playing Human Killers
On Air