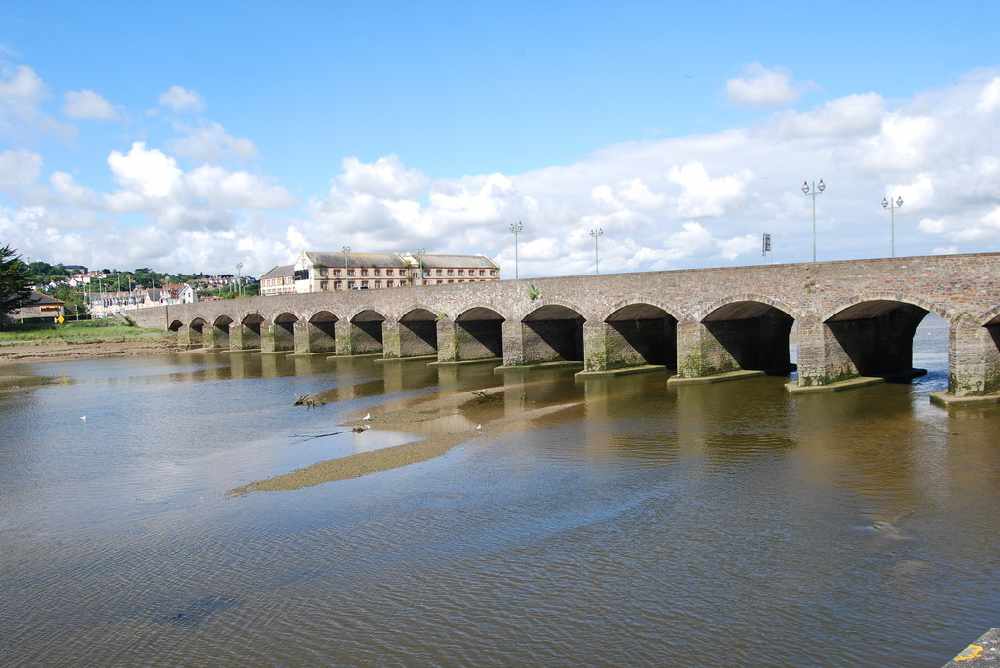 It will help social distancing

Calls are being for made for plans to close Barnstaple’s Longbridge to traffic to be reconsidered.

As part of measures being put in place by Devon County Council to support social distancing, temporary restrictions to remove all traffic except buses, cycles and emergency vehicles on the bridge, which is part of the A3125, are set to go ahead.

North Devon MP Selaine Saxby welcomes the proposals, but Liberal Democrats have questioned the need for the move, which they say lacks common sense.

Roughly 19,000 vehicles use Longbridge each day. Questions have been raised about the impact on congestion on surrounding roads.

Backing the plans, Ms Saxby said: “This is a once in a lifetime opportunity to encourage people out of their cars for a temporary period and see if a scheme like this could work in Barnstaple, while so many continue to work from home.

“Cyclists and pedestrians need space and protecting to ensure social distancing, and while an alternative solution may be to make pedestrians go one way on each side of the bridge, I do not think that this will go far enough.”

“I recognise that this scheme will move traffic to other areas of the town and may cause additional congestion and as with all change, I do appreciate this may be difficult and be an inconvenience to some drivers and residents. However, many are currently choosing to not use public transport and it is important to ensure they can walk or cycle safely into Barnstaple as an alternative, as well as helping to retain the improvements to air quality we have seen during the pandemic.

“The Longbridge pavements are always busy, making social distancing difficult, and as more are expected to walk and cycle into town, to avoid public transport, it is important additional space is created. With other cycle routes, such as the Iron Bridge, being currently closed, creating routes for cyclists to get to the town is also important at this difficult time.

She added that people should also consider either travelling by car less often and rather than popping into town for 20 minutes every day, come into town once or twice a week but for longer.

But Alex White. Liberal Democrat spokesperson for North Devon has described the move to close the bridge, as a decision that is "not practical, sensible or helpful" and has called for Devon County Council to reconsider. Cllr Ian Roome, who represents the Barnstaple-with-Pilton ward, added: “”It’s fair to say everyone wants less pollution, safer travel for cyclists and pedestrians and adequate social distancing during a pandemic.

“But for me, this isn’t political, it’s about common sense. I would absolutely support a proper study in what could be done but, in a location like ours where so many rely on cars, I have to speak up about the practicalities as things are today.”

Mr White added: “I think people have made it perfectly clear what they think of this decision in the comments section of the MP’s post [on Facebook]. We as locals have all seen the traffic when there’s a slight blip in the system, let alone an active choice like this. There has to be some actual investigation into a long term solution.”

Comments under the MP’s Facebook post were overwhelmingly against the plan. One said: “.The traffic through Barnstaple gridlocks at the drop of a hat…This is a serious miscalculation.”

Another said: “Well done on bring back “Barnstaple home of the traffic jam.” How many of us remember those bumper stickers! Also well done on increasing pollution levels by causing people who might use Asda or the leisure centre areas to have to drive all the way around.”

A third added: “What is going to happen is traffic will be gridlocked. Why is it so difficult to socially distance people? If you are a pedestrian going into town, walk over the bridge on the left side, if you are coming out, walk out on the right side. If you are a cyclist use the Tarka Trail. Honestly, this is the daftest idea I’ve heard for some time. It’s going to be a nightmare for people who have to use their vans, lorries, buses, cars!”

As well as banning traffic on the Longbridge, the current town centre pedestrianised area will be extended to provide additional road space on core retail streets and enable the district and town councils to implement social distancing measures under Devon County Council’s scheme.