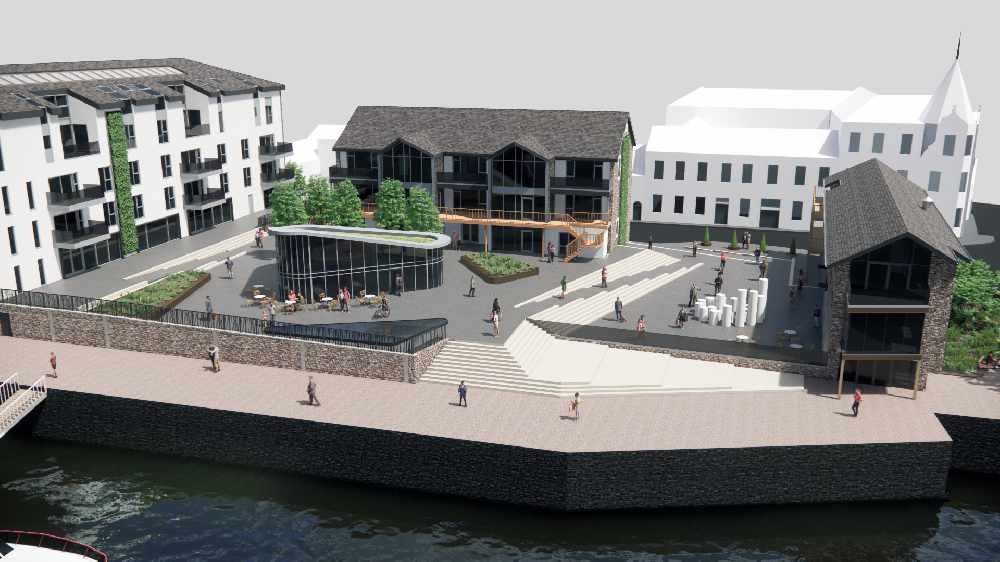 £20 million to start by next year

Multi-million pound plans for the regeneration of the waterfront area in Bideford have been given the go-ahead.

Torridge District Council’s plans committee has supported of East-the-Water side of the Long Bridge.

The £20 million plus scheme from Red Earth Developments features apartments, design studios, boutique retail and restaurants, as well as 85 apartments, and a public square with a riverside walk.

Councillors heard that the scheme aims to breathe new life into this neglected stretch of waterfront, bringing vital long term investment to the area, as for ‘too many years, the site has sat like an open wound in the heart of Bideford, festering and decaying and blighting the river frontage’.

Planning manager Shaun Harrington said that as the site is allocated for a mix of leisure and housing and aligns with the principles of the local plan, and the principle of development is acceptable, and that the benefits outweigh identified harm.

On behalf of developer Red Earth, Simon Friend, said that his vision was to transform a bleak and under-utilised area into a vibrant new heart for the community. “He added: I want to ensure that the proposals will be delivered. I do not want this to be another failed attempt at regeneration. There is a planning balance to be made and it favours the development and will bring a new vitality for East-the-Water. This is the kind of sustainable green development we should be building to tackle climate change and will be a place that Bideford will be proud of and where people come to relax and enjoy.”

Local resident Teresa Tinsley, in support of the scheme, added: “At the moment it is a disgrace and an eyesore, and this has been a proposal that has received so many supportive comments for such a proposal.

“Things in an ideal world would be done differently but it is a choice between this plan and continued dereliction. This has been 30 years in the making, and I don’t see another plan like this in my lifetime, and this is the last chance to say yes for something that will transform the area for the better, generate income for the town, and make businesses viable. Please do not throw away this opportunity.”

But objecting, Kristy Elson, practice manager of Wooda surgery, raised concerns about the impact it would have on staff and patients, saying there were issues of overshadowing and the loss of ability to generate their own electricity, overlooking into the consultancy rooms and offices, and concerns around exposure to electromagnetic fields.

Catherine Marlowe from Historic England objected because of harm that the large accommodation blocks cause to heritage assets, including Bideford Bridge, the Royal Hotel, Bideford conservation area, and East-the-Water conservation area.

Cllr Peter Christie raised his concerns over the scheme, saying that while it was clear that everyone wants something done with the site, "we only get one chance, and what we decide this morning will decide the future for the next 100 years."

Backing the application, Cllr Dermot McGeough said the proposals made sense. He added: “Thus is so important for East-the-Water and Bideford and it deserves economic regeneration. This will be a catalyst for the increased improvement of Bideford, and we need this for the increased uplift for the town so we don’t stay in the doldrums forever. This makes sense.”

Chairman of the plans committee Cllr Chris Leather added: “For too many years the site has sat like an open wound in the heart of Bideford, festering and decaying and blighting the river frontage. No question has remained unconsidered, all policies have been studiously studied, consulted and reported on, and the overwhelming majority of public comments support the proposal.” 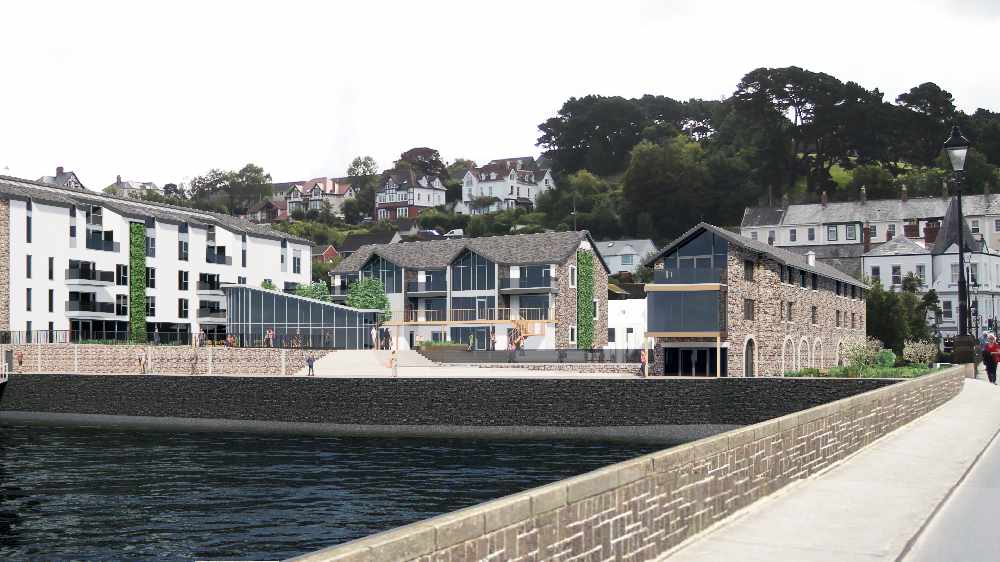 Planning officers in their recommendation have said that the scheme should be approved, saying it is considered that the adverse impacts associated with the development fail to significantly and demonstrably outweigh the benefits, and that once a thriving focal point of the town’s shipbuilding heritage, much of the site has remained derelict for many years.

The layout will create three open sided squares – two private and one public – linked by a quayside walk along the entire frontage. The public square will have retail, restaurant and design studios around the three edges with different levels giving form and interest for visitors, and a coffee house sits central to the square and its design form references the shipbuilding history of the site

Recommending approval, the report concludes: “The applicant has demonstrated that an alternative viable scheme which achieves similar public benefits is not deliverable at this time. Redevelopment of this site will result in significant regeneration benefits to Bideford, whilst bringing into use a site which has long been disused and derelict and currently negatively impacts on the heritage assets.

“The public benefits flowing from the scheme are wide and extensive.  It is considered that there will be benefits that carry substantial weight including enabling the completion of flood defence works, investment in the local area, regeneration of the site as a catalyst for wider regeneration and the provision of 85 new homes in a highly sustainable location on a brownfield site.”

Torridge councillors voted by eight votes to one in favour of the scheme, with work set to begin by 2022, with completion aimed at 2025.