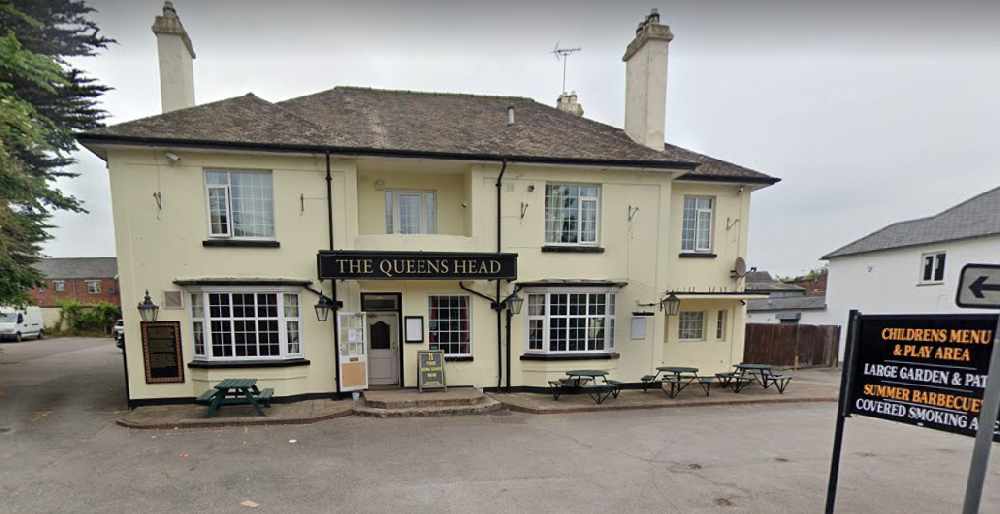 What would Her Majesty say about Queen's Head's antics?

An Exeter pub is facing a premises licence review after police officers found they were open despite lockdown rules.

Following a tip off last month, officers rushed to the Queen’s Head Hotel in Pinhoe Road and found people inside and lots of glasses, some full, some empty.

The police have now applied to Exeter City Council for a premises licence review, saying the licensing objective of public safety has been undermined by allowing people to enter and use the premises contravening the Coronavirus Regulations 2020.

David Adams-Leach, alcohol licensing officer for Devon and Cornwall Police, said that intelligence was received on the evening of Saturday 18 April that the premises were open. Coppers were there within four minutes. He said: “Officers arrived at 8.14pm and observed through the window five people inside with beverages and they believed there were more inside.”

Mr Adams-Leach said that officers knocked on the door and tried to find out who the people were inside, whether they were residents or otherwise, but they kept being told different things before the door was locked on them. He statement adds: “After negotiation, two officers could enter the premises where they found one person sat at a table with a drink reading, and it was explained this person was an employee. When officers questioned this person, it was ascertained that he had popped in on the way home from the shops. This person was issued a fixed penalty notice and dispersed.

“Throughout the premises there were full and empty glasses. The Licensing objective of public safety has been undermined by allowing people to enter and use the premises contravening the Coronavirus Regulations 2020.”

Any representations over the review of the premises licence must be made in writing to the licensing section at Exeter City Council or by email to licensing.team@exeter.gov.uk by 21 May.