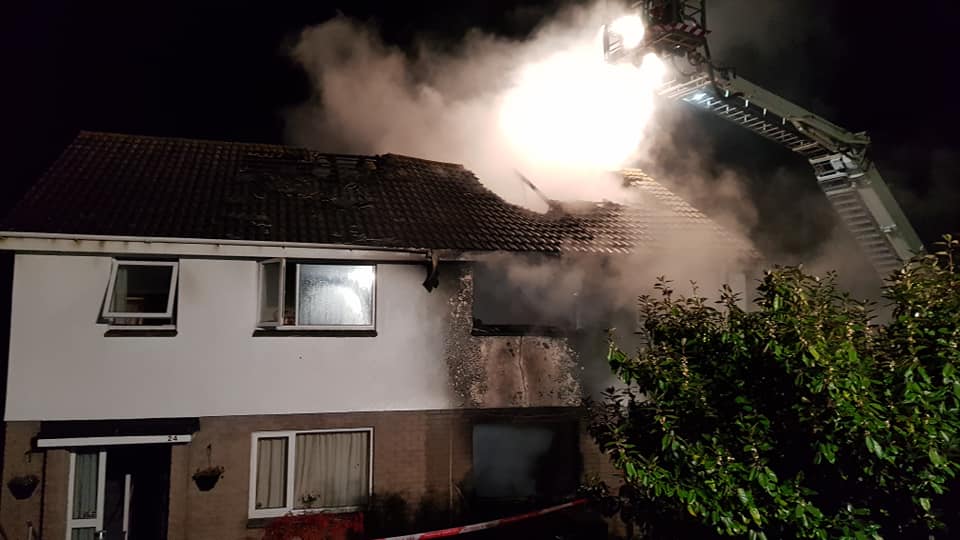 Crews from across the county were called to the incident

One person has been treated for smoke inhalation and burns, after a fire ripped through a house in Brixham last night [2 November].

Devon & Somerset Fire & Rescue received a number of calls to the blaze on Deep Dene Road, which could reportedly be seen across Torbay.

Flames had spread throughout the semi-detached house when crews, from across the county, arrived after 9.30pm.

In a statement, the service has said: "Fire Engines from Brixham, Paignton and Chagford were quickly mobilised along with an Operational Assurance Officer.

"As soon as crews got on scene they quickly made up for additional fire engines for additional breathing apparatus and an Aerial Ladder platform, they also informed that smoke and flames were issuing from the property.

"Ambulance was also requested to attend in order to treat the occupier of the property who had suffered smoke inhalation and burns to their hands."