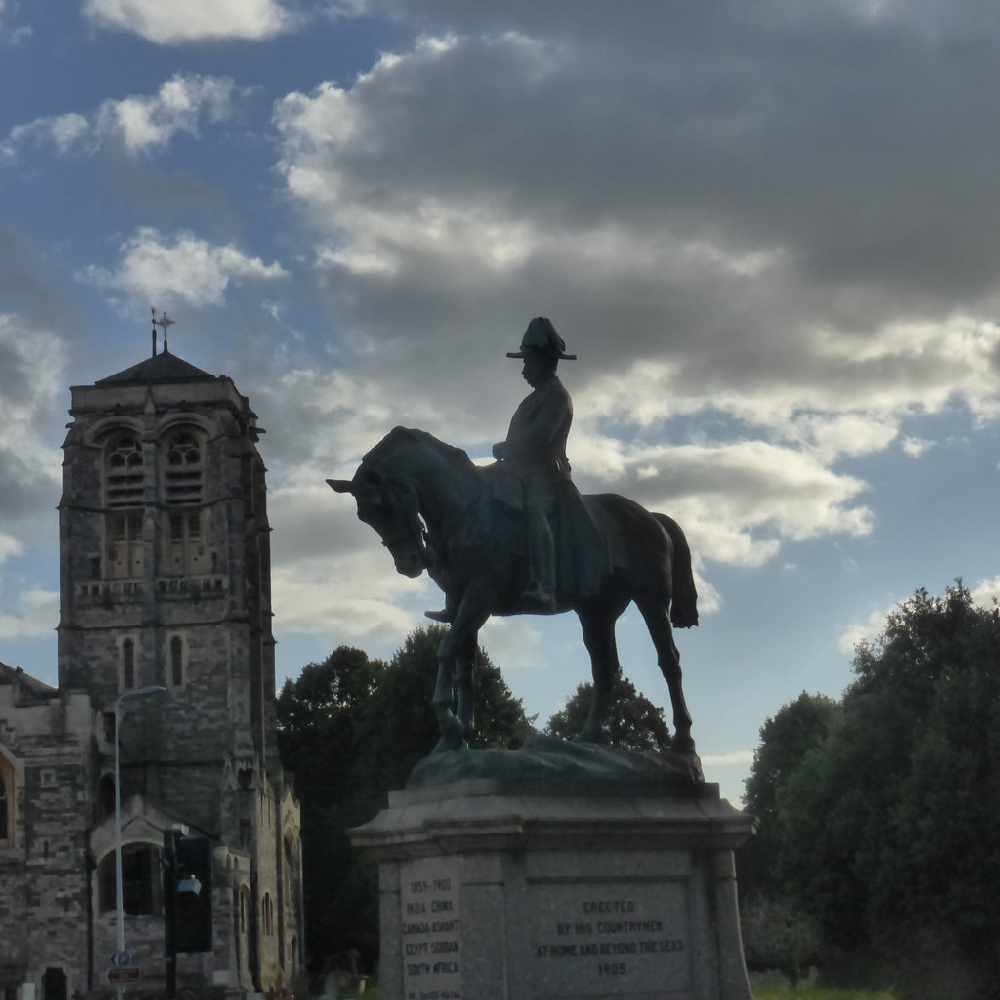 A review will take place to investigate the continued appropriateness of the statue of city’s famous statue of General Buller.

The statue of General Sir Redvers Buller and his horse Biffen stands on the corner of New North Road and Hele Road outside the entrance to Exeter College and was erected in 1905. But following the removal of the statue of slave trader Edward Colston in Bristol, calls had been made to review the appropriateness of other monuments.

Exeter City Council is now to look into the statue and decide whether the prominence it enjoys is still appropriate today.

A temporary board is being prepared to be placed next to statue that will explain the history of Buller, about the Black Lives Matter movement, the decision made by the council and how to make your views to the scrutiny committee known.

Cllr Phil Bialyk, leader of the council, said that he had received a lot of letters, both for and against keeping the statue, and some ‘more blunt than others.’ He said: “I want to make it perfectly clear, we are not putting Buller or trial to trying to rewrite history or wipe it way. We need to come to terms with our past. We have not made any decisions to pull it down or break it up or do anything.”

He said that all of the correspondence received so far would feed into the review and that a specific email address – buller@exeter.gov.uk – has been created for people to make their views known.

Director Jon-Paul Hedge, in explaining the context of the review, said that the Black Lives Matter movement calls for a level playing field for everyone in society – free from prejudice and inequality – regardless of skin colour, and that in the UK and in Exeter, there has been significant focus around the relevance of prominent statues on public land that personify racism and the glorification of a colonial past.

He added: “Exeter has six statues of prominent white men who played a part in the city’s history. The Buller statue is the most conspicuous by way of location and controversy. The statue was originally funded by the people of Exeter and the purpose of the recommendation is to ascertain if its prominence is still appropriate to the people of Exeter today.

“There is a huge amount of differing views as to what should now happen to this statue and the reports asks the scrutiny programme board to be the central point for correspondence and opinion already submitted and to provide an open and transparent, accessible and representative consultation into the matter as part of their assessment.”

Mr Hedge added that by the end of the week there would be a rough timeline for how the review would take place and when decisions would be made, with Cllr Bialyk adding: “I would like this to be done as soon as possible, but it needs the appropriate time. I don’t think we should take too long as we need to show positive action, but need to make sure we get everyone’s views.”

Cllr Duncan Wood asked for a‘fact-checking process as some of the correspondence he had received about the statue didn’t tie up with history, while Cllr Emma Morse said that she wanted to make sure the entire community of Exeter is consulted and that the council doesn’t just go to the same groups we have in the past.

Cllr Laura Wright added: “There is a risk we will just look at the statue and nothing else, so we need also look at what is happening on a day to day basis in Exeter,” before adding that she had ‘no objection to the horse’.

Following the review, the consultation responses will be considered by the council’s scrutiny committee, who will then make a recommendation to the executive ahead of any final decision over the future of the statue. As the statue was given Grade II listing preservation status in 1953, any complete or partial removal or relocation would require formal planning permission, along with permission from Historic England, before it could be removed.

The statue was paid for by money raised by the people of Devon and unveiled on ‘Buller Day’ in 1905. It is currently situated on land owned by Devon County Council, with the monument itself maintained by the city council.

Buller served in Canada, China and most famously in South Africa in the Zulu Wars. It was here an operation led by him went wrong and he had to withdraw under intense fire.

Some have alleged that he was partly responsible for the creation of British 'concentration camps' where thousands of people died.