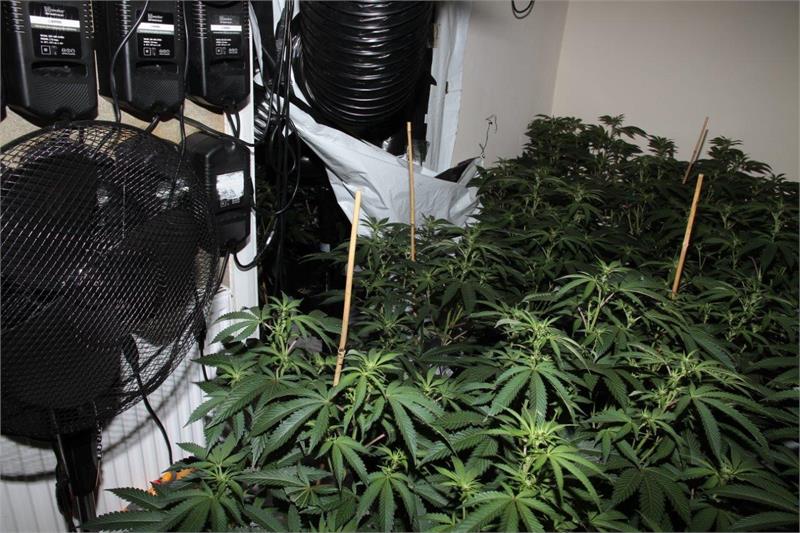 Police are looking for information after the discovery of a large quantity of cannabis plants.

Officers were called to a property in Waterloo Close in the city on Friday morning (6th September) after workmen investigating a gas leak stumbled across what officers describe as a "sophisticated setup."

Investigators are now seeking the public’s help to locate those responsible for the cannabis factory.

Detective Constable Nathan Drew, of Plymouth CID, said: “Police are appealing for witnesses who saw any suspicious males entering or leaving the address over the last few months to come forward.

“We are seeking two Asian males who had rented the property.

“The upstairs and loft had been converted, leaving the downstairs area normal-looking.  Anyone visiting, such as the landlord, were none-the-wiser.

“The tenants had been there for approximately nine months and were able to operate without raising any suspicions of their unsuspecting neighbours.”

Anyone who has information is urged to contact police by calling 101, or emailing 101@dc.police.uk, quoting crime reference CR/80925/19.

Information can also be passed anonymously to independent charity Crimestoppers by calling 0800 555111, or via www.crimestoppers-uk.org