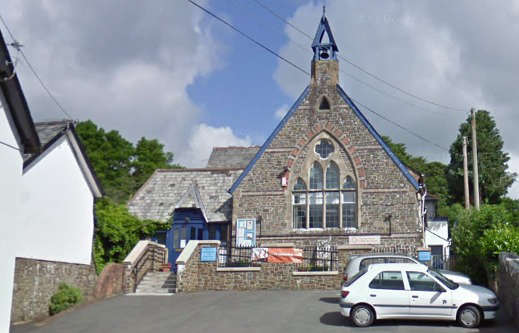 It has just 15 pupils

A Devon village primary school with just 15 pupils will close this summer after more than 150 years.

Founded in 1865, Chittlehampton Church of England Primary School serves children aged 3 to 11, but falling pupil numbers mean it is “neither educationally or financially sustainable.”

The county council’s ruling cabinet reluctantly signed off the closure at its meeting on Wednesday [8 June].

Chittlehampton’s pupil numbers have been declining for some time. Just over 40 pupils were at the North Devon school five years ago, but that has dropped every year since and is predicted to fall to just 11 in September.

Of the current 15 pupils, five are in Year 6 and will leave in July, while there has only been one first preference for admission to next year’s new reception class.

Despite acknowledging the school is rated as ‘good’ by Ofsted, a council report said closure is in the “best educational interests of the children in the future,” adding: “Delivery of a broad and balanced curriculum … is very difficult with such a small and decreasing number of children.

“A single class school is educationally challenging for children with such a wide age group being taught together. A single mixed age class in a small rural school amplifies the issue of teaching mixed ability groups. Social and emotional development would also be very challenging.”

Devon’s cabinet member for children’s services Councillor Andrew Leadbetter (Conservative, Wearside and Topsham) said: “It’s obviously very sad to close any school. It’s not something that anybody wants to do, but this school is proving to be unviable.”

Parents, staff and governors have all been consulted. A summary of the responses found there is “great sadness” over the prospect of closure and the loss to the community, while some people felt more could have been done to promote the school.

There is, however, a recognition by some that such low numbers would have a negative impact on children’s education. They were also sad that not all families in Chittlehampton send their children to the school.

The head teacher has discussed the possible closure with pupils. One child said: “I’m worried I won’t make new friends,” though another looked positively at moving to a larger school: “I can make lots of new friends.”

Nearby schools at Umberleigh and Filleigh have capacity to take children from Chittlehampton.

Filleigh Primary School is in the same federation of school and is reportedly proposing to move to four classes, thus providing additional spaces.

Leader of the opposition Councillor Julian Brazil (Lib Dem, Kingsbridge) agreed it was “very sad to close any school.”

He added: “Can I just say that a school in my patch was going to be closed. It didn’t and now it’s absolutely thriving, so I’m assuming that no stones have been left unturned here.”

Councillor Carol Whitton (St David’s & Haven Banks), leader of the Labour group, said: “It is very sad thing to close a rural school, given the village school can be an important centre for a village and obviously it has an impact beyond the education of the children.

“But having said that, it does seem from the figures provided here that this is unsustainable.”

Seven staff are employed by Chittlehampton and a redundancy consultation process will now be arranged. The county council says the governing body would aim to limit redundancies by trying to find other jobs within the network of schools.