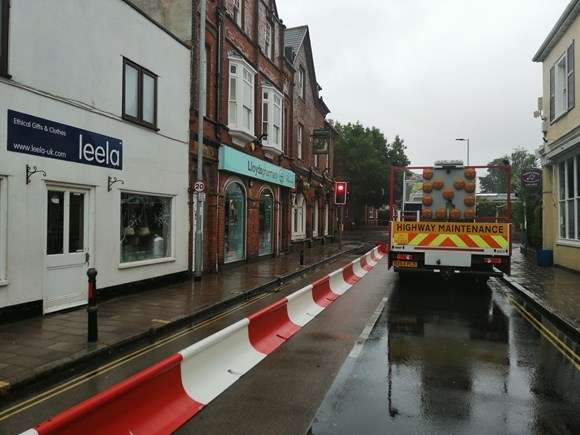 Councillors may consider making some temporary cycling and walking measures in Exeter permanent.

The council’s infrastructure committee is recommending that the ruling cabinet consider making some of the changes permanent, and should create ‘green lanes’ to enable access to the city from surrounding villages. But they also say some residents of Exeter are confused about the point of the new cycle lanes.

Jamie Hulland, Transportation Strategy & Road Safety Manager said there is widespread support for active travel to get more people walking and cycling, but that a more detailed infrastructure plan was needed to fulfil the strategy.

There is a need to encourage sustainable travel from outlying market towns and villages into Exeter and that this should not be constrained by municipal boundaries (i.e. the Greater Exeter Strategic Plan authority areas) as the city has a draw from a wider County and sub regional area. They would like to see consideration of faster, more direct public transport services to increase mode shift ambitions.

Members applauded the current temporary pop-up urban measures that are being put in place to increase walking and cycling access during the COVID-19 pandemic and expressed a desire to see some of these become a more permanent feature and also extend this to include green lanes, which would support improved active travel access from villages on the edges of the city.

It was felt to be important to have an implementation plan to make clearer what future projects are planned for Exeter that support the strategy and, a long list of measures would be beneficial. While some of these projects may prove to be impractical and change over time, it would at least provide greater clarity of how the strategy might be fulfilled.

Many businesses may be concerned about the impact of parking removal in some local centres, particularly in the wake of the COVID-19 pandemic, but councillors were nevertheless supportive of the overall ambition of the strategy, but highlighted the need to engage with Exeter businesses on specific proposals

Cllr Carol Whitton, who represents St David’s & Haven Banks, said recommendations were excellent. But she added that she was getting feedback from residents who didn’t understand the relevance of the active travel measures who said that with social distancing dropping to 1m then they weren’t relevant. She added: “Our message needs to come across more clearly. I feel that it would be helpful if people can see where we are going and have a sense there is an overall plan and that we are aware of these issues and that they are going to be addressed.

“The feedback is that residents cannot see there is an overall plan and these have gone in on an ad-hoc basis and they are ill thought out, so we need to show them there is a plan. We need concrete proposals on the table, even if they change over time, but people can see where we are trying to get to.”

Cllr Yvonne Atkinson, for Alphington and Cowick, added that the issues of traffic in Exeter were not generated by the residents of the city but the people who use their car to commute and travel into the city. She said: “My plea is for people to support Exeter residents in how we deal with this going forward, and park-and-ride, which have to be in the districts outside Exeter.”

Cllr Jacqi Hodgson raised concerns about the effect the coronavirus pandemic was going to have on public transport, saying as a result of the messaging and the ‘fear of using it at your peril’, there was going to have to be a promotional campaign to get people back on the buses and to make sure people feel safe on them, which Mr Hulland admitted was a concern that they would have to address to get public transport back on its feet.