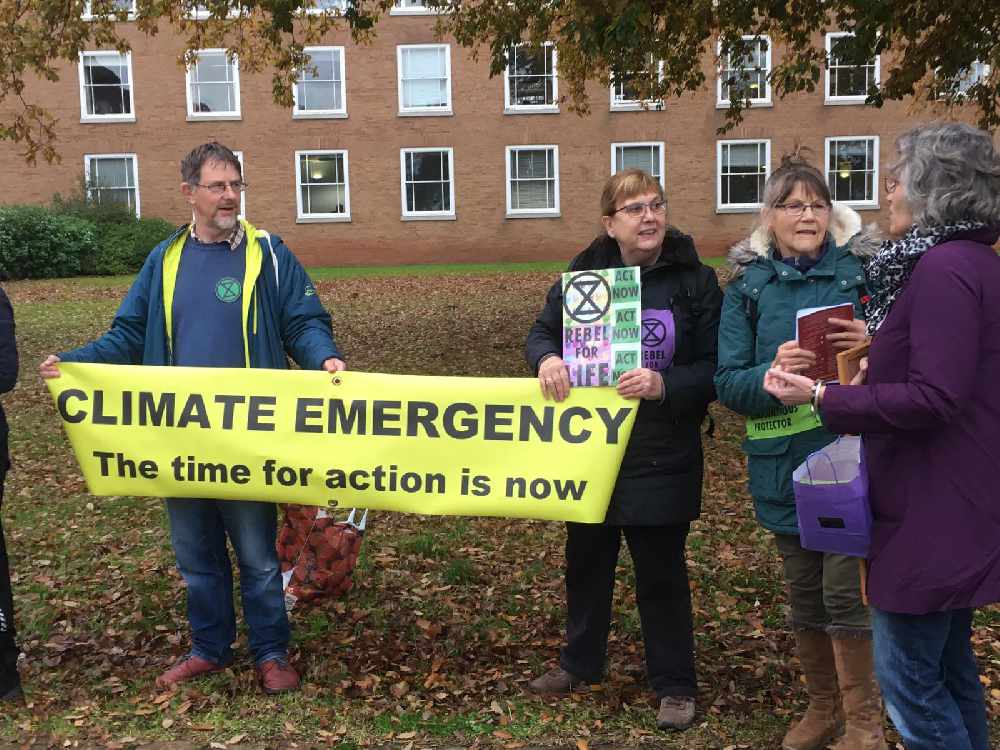 A drive to cut carbon emissions and tackle climate change is being backed by a cash pledge from Devon County Council.

Wednesday’s Cabinet meeting will see councillors asked to set aside £250,000 towards an initiative to persuade organisations, communities and individuals to do more to reduce global warming.

The cash comes from an emergency fund the council holds that was not required to be spent due to the mild and storm-free winter, so the £250,000 has been used to create a Climate Change Emergency Reserve.

The funds have been reallocated from the 2018/19 budget, for which a £63,000 underspend was recorded, with the cabinet to be asked to approve the allocation of the funds to get the climate change initiative moving.

Leader of the council, Cllr John Hart, has also called for a Devon Carbon Plan to be produced that would set out how everyone – from the largest organisation through our towns and villages right through individuals – is going to reduce emissions.

He wants to bring together public bodies across the county with business representatives and the utility companies to support urgent action on the climate emergency.

They are all being asked to acknowledge the climate emergency and establish what measures need to be taken to decarbonise Devon, what they can do themselves and what would need the Government to intervene.

Cllr Hart said: “We clearly can’t do this alone but I want Devon to take a lead in bringing organisations, communities and individuals together to take action.

“This is an issue that affects us all and requires action from all of us from large-scale corporate concerns to the individual resident. That’s why I’ve asked the Chief Executive, Phil Norrey, to lead on this to demonstrate how seriously we are taking it.

“Since I became leader of Devon County Council in 2009, we’ve managed to set a balanced budget every year with some small surpluses. We’ve done that again for 2018/19 and I will be asking the council to approve £250,000 to cover the costs of getting this initiative moving.

“I would like to see a Devon Carbon Plan produced that would set out how we are all going to reduce emissions – from the largest organisation through our towns and villages right through to as many committed individuals as possible. We are all in this together and we have to tackle it together.”

Earlier this year the county council declared a ‘climate emergency’ and committed to becoming carbon neutral by 2050, with the authority having already cut its carbon emissions by 36 per cent since 2012, but Cllr Hart said that the county has to do more.

A Citizens’ Assembly would also be set up, representing the views and opinions of people across Devon, to review what is proposed.

Recently, East Devon District Council agreed to work with the county council to tackle climate change in areas where meaningful change could be made, but agreed to consider setting a more ambitious date than 2050 for becoming carbon neutral.

Teignbridge District Council last month declared a climate emergency with an aim to be carbon neutral by 2025.