Council tax in Devon will go up 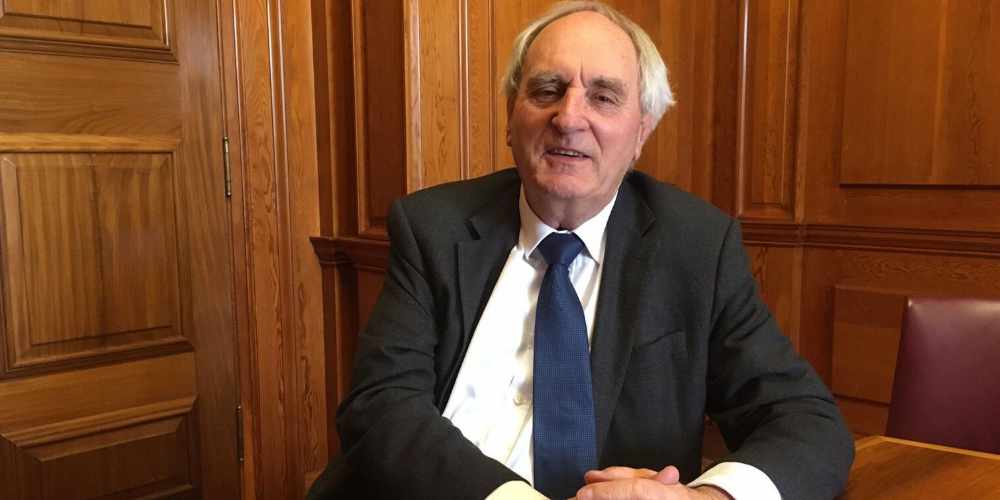 Average home to pay an extra £55 a year.

More than £43 million extra will be pumped into vital services with an additional £23.7 million for adult care and health, £11.5 million more for children’s services and £2 million more to help deal with drainage issues on the road network.

In 2020/21 the authority’s core funding will increase by 1.63 per cent, which councillors on Thursday were told was welcome change from the 11 per cent average annual reduction since austerity began in 2010.

The average Band D council tax bill for Devon’s services will rise by 3.99 per cent to help pay for it – that’s 1.90 per cent for general services and 2 per cent dedicated solely to adult care.

The budget, described by the Conservatives who had proposed it as ‘a good budget for the people of Devon’, was backed by opposition Labour councillors as well as the sole Green Party councillor, with the Lib Dems and Independents voting against.

Cllr John Hart, leader of the council, said: “This is a good budget for the people of Devon. The last two weekends have proved that we have a real problem with our weather. We have more monsoon conditions and the rain is sweeping everything away.

“That means we are having more drainage problems leading to the break-up of our roads and so we have put an extra £2 million into improving drainage.

“We know, too, that we have immense pressure on both our adult and children’s services and this budget means we can maintain and improve what we are offering. It means we will be able to support those services that help the old, the young and the vulnerable.  The most important people in Devon.

“We will still support rurality, rural buses, and highways but we will also look to invest in our green agenda.  We will be investing in LED lighting on our streetlights, more charging points for electric cars, solar panels on the roofs of our buildings and looking for land to plant trees to offset our carbon footprint.

“This budget means an extra £1 a week for the average Band D household and I believe that is justifiable so we can both maintain the services we provide and endeavour to improve them.”

Cllr Stuart Barker, cabinet member for finance, added: “I believe this is the best budget we have been able to present since coming into administration.

“It provides significant additional resources to adult social care, children’s services and highways which are the things that matter most to our Devon residents. Services will continue without cuts fort the most vulnerable in our communities and we will provide and provide significant extra funding for highways, social care, and the things that matter to our Devon residents.”

Cllr Rob Hannaford, leader of the opposition Labour group, said that it was regrettable the council was setting a budget that heavily reliant on a council tax increase.

He added: “It may well be the best budget for 10 years, but there is still a very long way to go. This does include extra funding which we welcome, but there are other areas that remain unfunded. Austerity is clearly not over, but as £45m extra going into the budget, we will be voting with the budget as we won’t vote against extra money for services.”

Cllr Hannaford put forward his group’s budget, that would have seen an extra £7m taken from reserves and spent on more resources for highways maintenance, substance abuse prevention, schools maintenance, children’s services, and community health initiatives, but his budget was defeated by 38 votes to 18, with one abstention.

Leader of the Liberal Democrat group, Cllr Alan Connett, put forward his proposals that would have seen an extra £4.5m spent on a highways drainage blitz and £400,000 on 20mph speed limits around schools, with the money coming from reserves and budgets from consultants and media.

He added: “Your say your budget is good. We say it is not good enough,” but his proposed budget was defeated by 39 votes to 18.”

Cllr Frank Biederman, leader of the Independent Group, said: “I welcome the increase in the budget across services but it doesn’t cover inflation, let alone the extra service users. This is not a good budget for those who cannot afford it.”

Cllr Carol Whitton added: “This may be a good budget, if we look at the slight improvement, but these terms are relative, and if you went back to 2009 or earlier, I doubt that you would be calling this good. It is only good in light of the years of austerity.”

The budget also included the capital programme for the next four years, which shows an increase of £26.4m of spending, of which more than £19 million is being spent in Devon to create another 300 places for vulnerable children in the county’s special schools.

Devon County Council is to expand the places available in its own 10 special schools to provide for another 200 children and is bidding for Government approval for another free school which will provide an additional 100 places for children with social, emotional and mental health needs.

The big expansion will mean more children can be educated closer to their families instead of in expensive private and independent schools.

Devon County Council’s Cabinet member for schools, Cllr James McInnes, said: “We have seen an unprecedented growth in the demand for support for children with special educational needs over the last few years.

“Over the past three years we have increased the places available in our own special schools by 20 per cent but even so demand continues to grow.

“Our paramount concern is obviously to provide the best possible education and care for them.

“So it makes sense for their welfare and well-being as well as providing a more cost effective option.”

Calling the council to back his budget, Cllr Hart added: “It is a good budget. It looks after the old, the young and the vulnerable. These are the people that we must look after as that is what we were elected to do. It is a good budget and I feel it will be supported by the people of Devon.”

After more than two hours of debate, Conservative, Labour and Cllr Jacqi Hodgson voted in favour of the budget, with the Lib Dems and the three Independents voting against, while Cllr Brian Greenslade abstained.

The budget was carried by 47 votes to nine, with the one abstention.

After the meeting, Devon’s Chief Executive Phil Norrey said: “In cash increase terms, this is the best budget we have had for a decade.”

Dr Norrey said the independent Chartered Institute of Public Finance and Accountancy had judged the finances of top tier councils across the country against a number of measures of resilience. Devon’s finances had been judged to be good and robust.