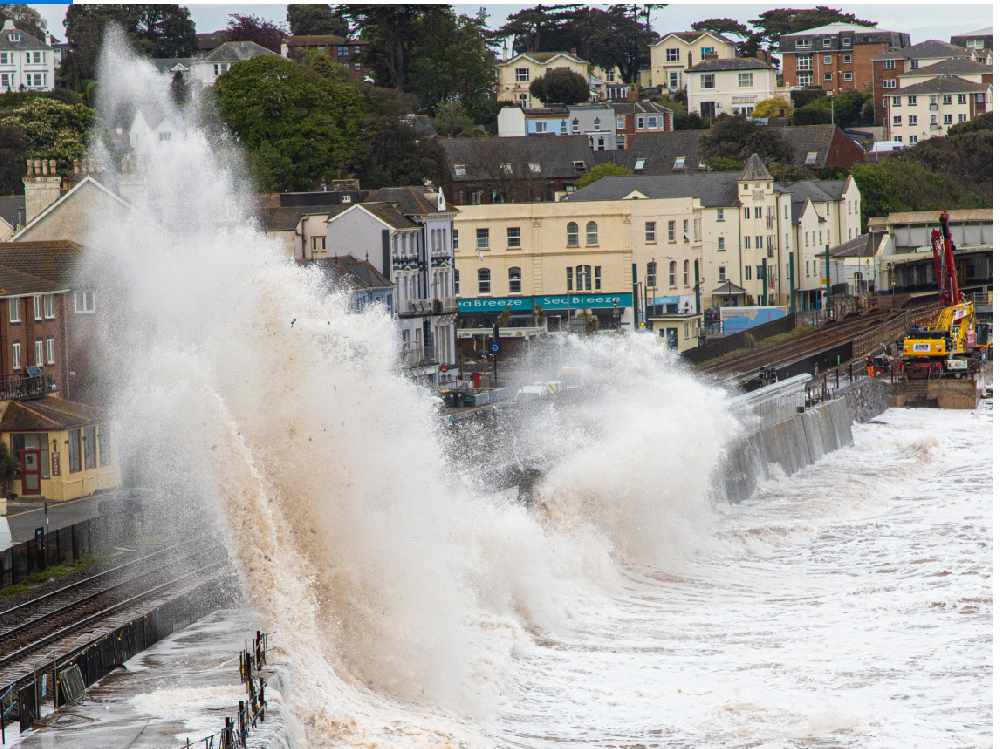 The 2014 incident cut off the south west

It's seven years since the storms that washed away the railway track at Dawlish, cutting off the rest of Devon and Cornwall from the rest of the UK, by rail at least

Now a new sea wall being built by Network Rail has so far shown to be effective at protecting the railway and town from rising sea levels and extreme weather. It is expected to be completed by 2023.

The storm on 4 February 4 2014 cut off the track for eight weeks. It's claimed the new wall will increase the resilience of the railway for at least 100 years.

As well as ruining the railway track, the storm left thousands of people without power and forced many local residents to abandon their homes.

The track reopened in April – just eight weeks after the storm damage – following what the then Prime Minister David Cameron described as a Herculean effort when an ‘orange army’ of 300 Network Rail engineers worked day and night to rebuild the track and restore the railway.

Chris Pearce, Network Rail’s interim Western route director, said: “It has been great to see the interest of the local community in our project – particularly the presence of the Wavewalker – which has ensured we’ve managed to continue with the piling at the sea wall despite some of the stormy weather we’ve recently experienced.”

The first section of the £80 million sea wall project at Marine Parade was completed in July 2020 and has already proved itself against high seas and stormy weather.

Work on the second section of the wall began in November and has involved the eight-legged Wavewalker – the only one of its kind in Europe – delivering the piling at the sea wall.

The Wavewalker will stroll off after completing its taks by 20 February and once all the piles have been installed, the next stage of the work will involve ‘scouring’ the piles, to protect against erosion, followed by the start of the installation of the wall panels and concrete backfill.

While this phase of the work has been welcomed, South West economic leaders have raised concern about the outstanding start date for the part of the wider resilience project to build part of the railway ‘out to sea’ between Parsons Tunnel and Teignmouth.

Network Rail paused the work last year amid huge opposition to plans that would result in the loss of part of the beach at Holcombe. They are due to come back to public consultation this year with revised plans. But with no start date or funding confirmed, economic bosses fear that the future of the rail line is far from secured. 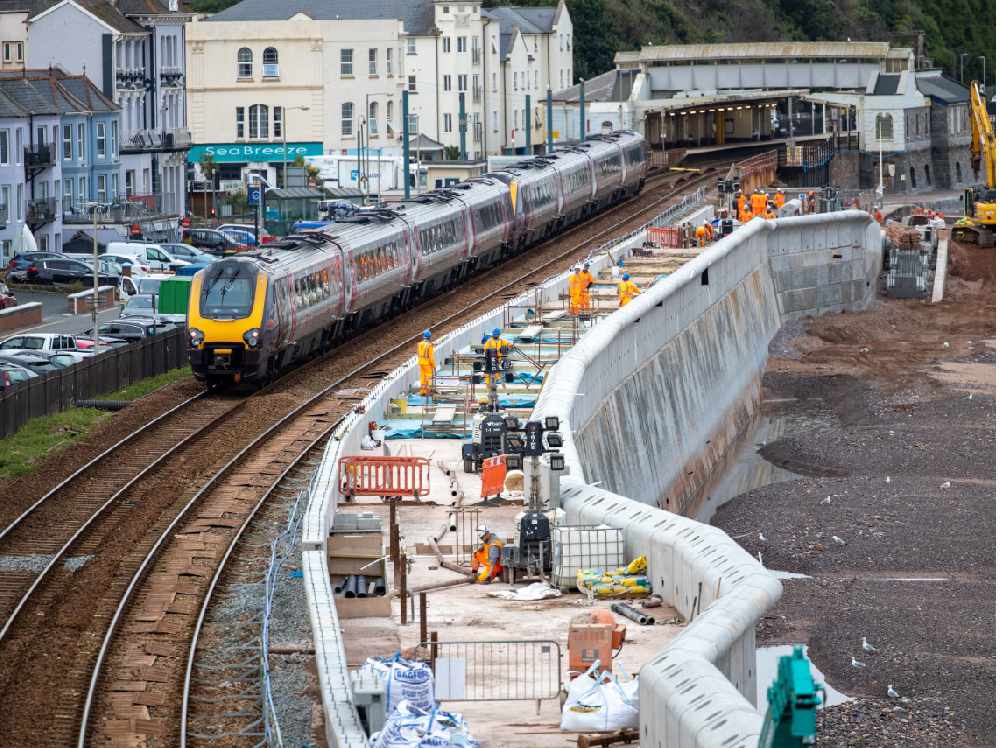 Tim Jones, chairman of the South West Business Council, said the scheme so far was like a ‘half-baked cake’ He said: “There is no point in doing half of the job. The line is still vulnerable from cliff falls and we are at risk of being cut off in the future. How can we even start thinking of ‘levelling up’ without a 21st century infrastructure that will get us there?”

Chris Heaton-Harris, Rail Minister gave reassurances to South West Devon MP Gary Streeter in January that he remained committed to “improving the resilience of this vital transport artery”. He praised the “huge feat of engineering to get the new structure to where it is today”.

Anne Marie Morris, MP for Newton Abbot, reiterated that the “project is mission critical, not just for Dawlish but for the wider communities across the south west”.

Cllr Andrea Davis is chairman of Peninsula Rail Task Force. It published Closing The Gap, its 20-year plan for the region’s railway in 2016, which put the resilience of the coastal railway as a top priority. She said: “For the people of Dawlish, the completed first section of new sea wall and work that is ongoing really does enhance the area, gives that reassurance about protection for the next 100 years and means Dawlish can continue to be a vibrant community.

“There are two million people across the south west peninsula who would be adversely affected if the railway was damaged again by extreme weather, and this is why the work Network Rail is doing is so important.”

Alison Foden, Mayor of Dawlish, said: “This work is vitally important for Dawlish. We are a seaside town and the railway is one of our unique selling points and is in our history from when Isambard Kingdom Brunel built this beautiful railway.
“The progress Network Rail has made, particularly with the completion of the first section of new sea wall, is brilliant. We now have a real sea wall promenade and people love coming down here.” 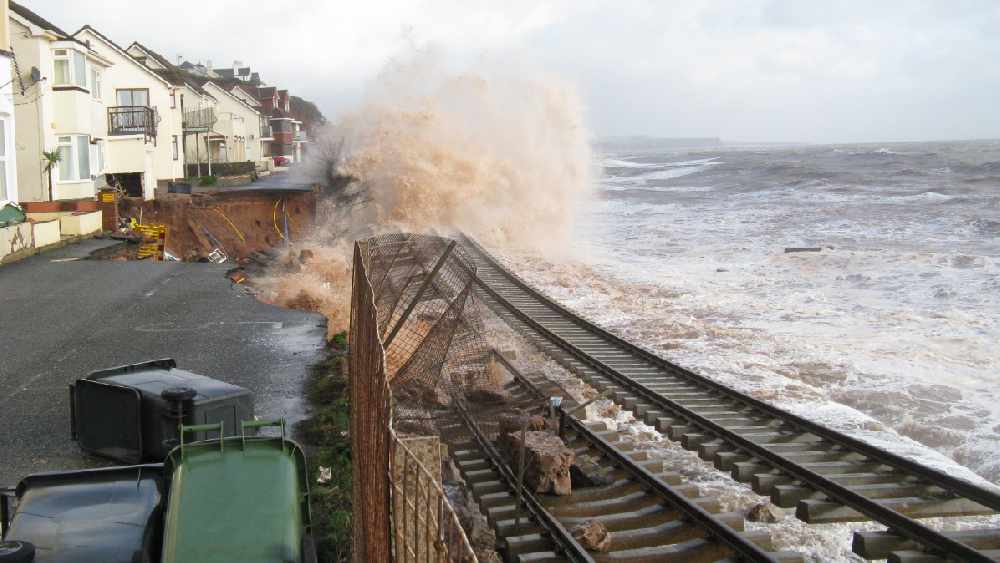 It took eight weeks to reconnect the south west to the rail network in 2014 (courtesy: Network Rail)