Devon Millionaire Mansion NOT being given away 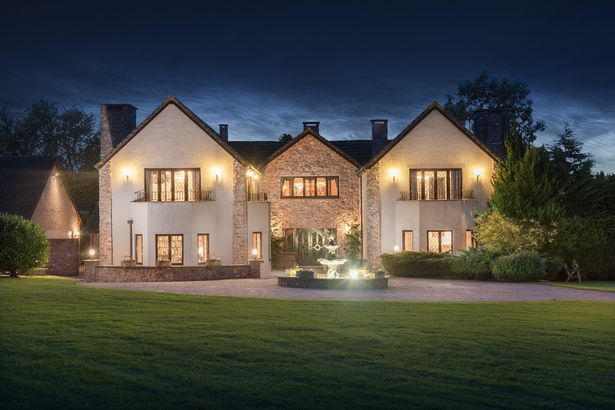 It was a competition that hit national headlines. The opportunity to WIN a mansion worth £2.3 million pounds.

Launching in December 2017, for a ticket costing £10.50, people were given the opportunity to win not only the mansion, but a Rolls Royce, stocked wine cellar, golf course, gardener and £50,000 in cash.

However, tickets didn't sell as quickly as anticipated, and the deadline was extended to November 2019.

But a number of complaints were made to the Advertising Standards Authority (ASA), which has cost the anonymous family a "significant" amount in legal fees.

A sign over the M5 advertising the competition has also been set on fire.

The family say they feel they have "no choice" but to end the competition today (Wednesday 26th June). They say they will honour full payments to charities. But they won't be giving away the house. Instead one winner will find out today they are getting £100,000 and 9 runners up will get £10,000.

They say this is in line with the terms and conditions of the compeition.

An email sent to all ticket holders today says:

The operating of the competition has at all times been very difficult and obstacles relentless.

We have all given our upmost to make this work and have always done what we thought right. Recently some people have complained to the ASA and to date this has cost us a significant amount in legal fees.

Today the draw will be conducted in the presence of an independent adjudicator, an accountant and a representative from one of our charities.

The main prize will not be the house as enough tickets have not been sold but instead the cash alternative as promised.
The nine runners up prizes will also be drawn.

With all the best for the future, The Team at Millionaire Mansion"

2.5. In the event that the Promoter does not receive more than 500,000 Entry Forms, the Promoter reserves the right to substitute the Prize with a cash alternative which shall be equal to the amount of the total amount of Payment received with the Entry Forms less:

2.5.3. 40% for administration/promotion costs or the actual costs incurred by the Closing Date whichever is the lower.