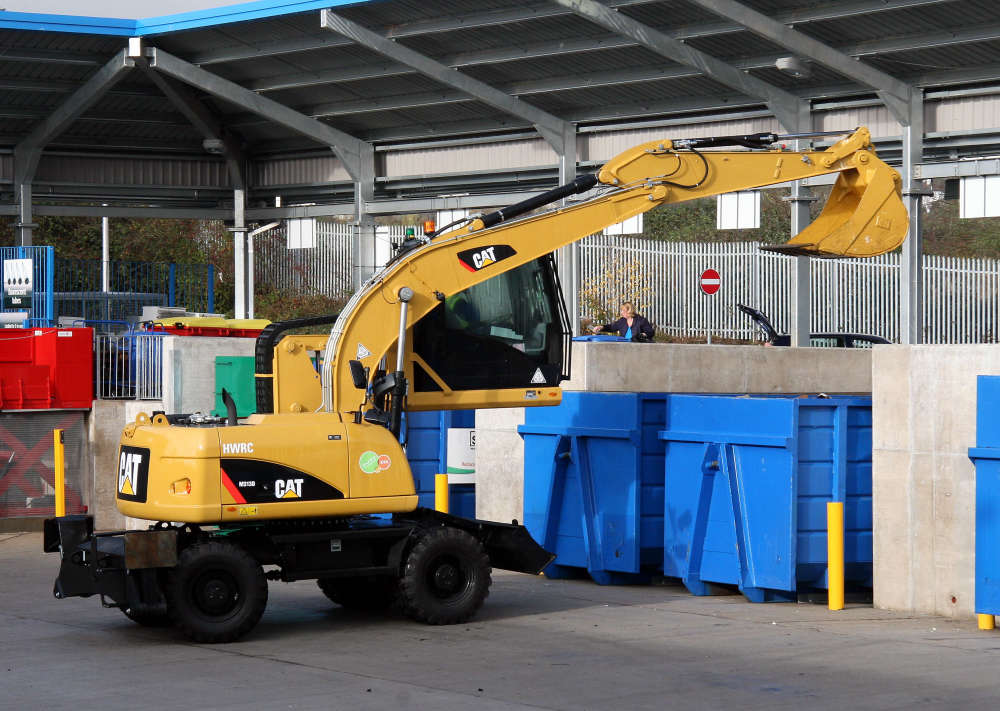 Devon County Council says some of its 19 recycling centres could close or operate with reduced hours if government proposals to ban charging for DIY waste go ahead.

The council is run by the Conservatives, as is the country, and the blue-on-blue attack adds to the government's woes in the week that 148 Tory MPs refused to back a confidence motion in the prime minister.

The government wants councils to stop charges at recycling centres for DIY-related waste such as rubble, bricks, plasterboard, and bath units, because it claims charges encourage fly-tipping.

But that's useful income for councils strapped for cash after years of austerity and that haven't recovered much since that national policy was abandoned.

Now Devon Councillor Roger Croad, the county's cabinet member for public health, communities and equality, has written what the council is referring to. as a strongly worded to George Eustice, the secretary of state for environment, food and rural affairs, and Michael Gove MP, the levelling up secretary.

Cllr Croad argues there is ‘no evidence’ that fly tipping is caused by charging for DIY waste, which were introduced by the county council in 2011 as a result of ‘austerity’ cuts.

He said: “Fly tipping is a criminal offence and it’s just not correct to suggest that charging for DIY waste is increasing fly tipping. It is just not the case. “

“As a result of these severe cuts we were faced with a stark choice - permanently close a significant number of our recycling centres or to charge for certain ‘non-statutory’ DIY type wastes,” said Cllr Croad.

“Charging was chosen as a way to deal with the imposed cuts whilst still preserving a good network of HWRC [recycling] facilities and continuing to provide a good, convenient, accessible service to local householders.

“Charging has been accepted by Devon’s residents as they realise the benefit of having this local disposal service.”

He added: “If this policy went ahead, we would potentially face an annual increase in costs of around £1.2 million, putting us in a significantly more difficult position than we were in 2011.

“To believe that this would have no impact on services is frankly just not realistic.”

Cllr Croad said that the charges were ‘fair’ and were set in proportion to the cost of managing the waste.

“It also raises questions about fairness and equality. DIY waste is created as a result of home improvement works by those who can afford them.

“In Devon, where so many households are trying to keep their heads above water and are struggling with the cost-of-living crises, is it fair that those who can afford it aren’t required to pay a relatively small amount to dispose of the waste that they created by choice? And is it fair to then expect the council taxpayer, many of whom are on lower incomes to then pick up the tab? It doesn’t feel right to me.

“Both Devon County Council and the Government are trying to support the disadvantaged and vulnerable and to me this policy seems contrary to the Government’s levelling up agenda.”