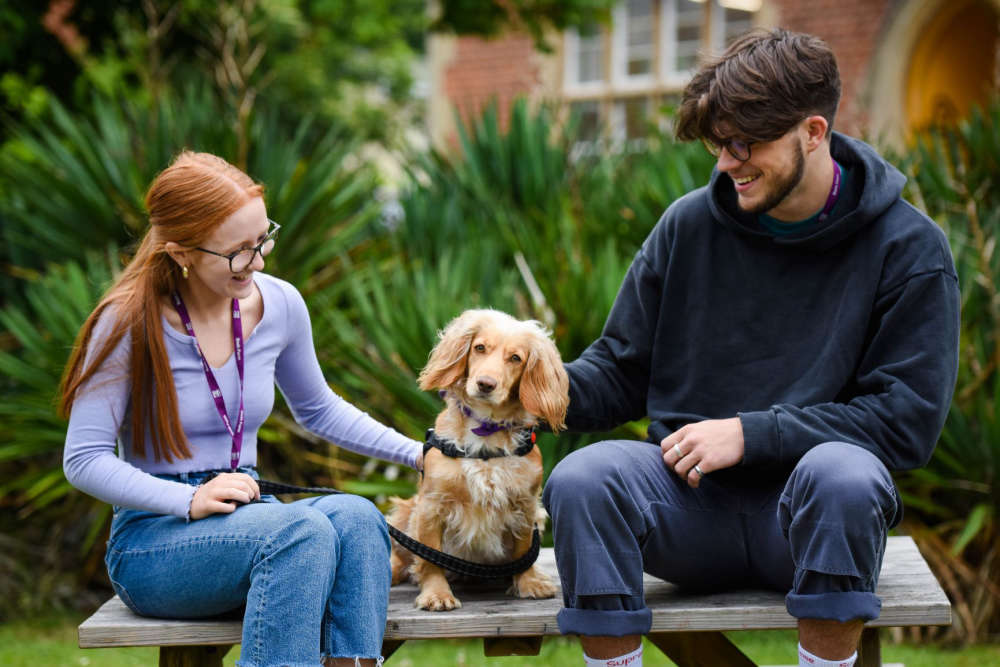 Idea not as barking as it sounds

A new member of staff is joining a Devon school to help keep children and teachers calm.

Poppy, a Sprocker, is joining Queen Elizabeth’s School, Crediton as a therapy dog at the start of the new school year in September.

In human terms the furry two-and-a-half-year-old Sprocker is a teenager, and thus presumably liable to snarling and stroppy fits. That's not backed by the evidence though. In fact, the school's latest employee comes with impressive credentials, having received top marks in her own exams, the official dog assessment report.

The idea isn't as barking as it first appears. Some people think therapy dogs are miracle workers because of their calming influence. Others think it's a miracle the idea got off the ground. But it has and the school is excited at the prospect of Poppy's forthcoming work (and presumably walking and picking up after her).

Natalie Hunt, QE’s pastoral support lead (no pun intended) who is also Poppy’s owner, said, “Poppy is an incredibly relaxed, calm dog and will play an integral role in our Pastoral Team, supporting the emotional wellbeing of our students and focused interventions with our SEN [special educational needs] groups.

"As well as providing emotional support, science and empirical evidence has shown us that therapy dogs in a school setting can reduce blood pressure, promote physical healing, decrease anxiety, fatigue and depression. They can also focus interaction, stimulate memory, boost problem-solving skills and improve attendance.  We can’t wait for her to get started!”

Poppy will go to school one to two days per week during term time.

Canine behaviourist Tricia Wills, who assessed Poppy said, “Poppy is a lovely, friendly dog who, I’m sure, will be a huge asset to the students at QE.”