Hero Drake's piracy to be remembered too 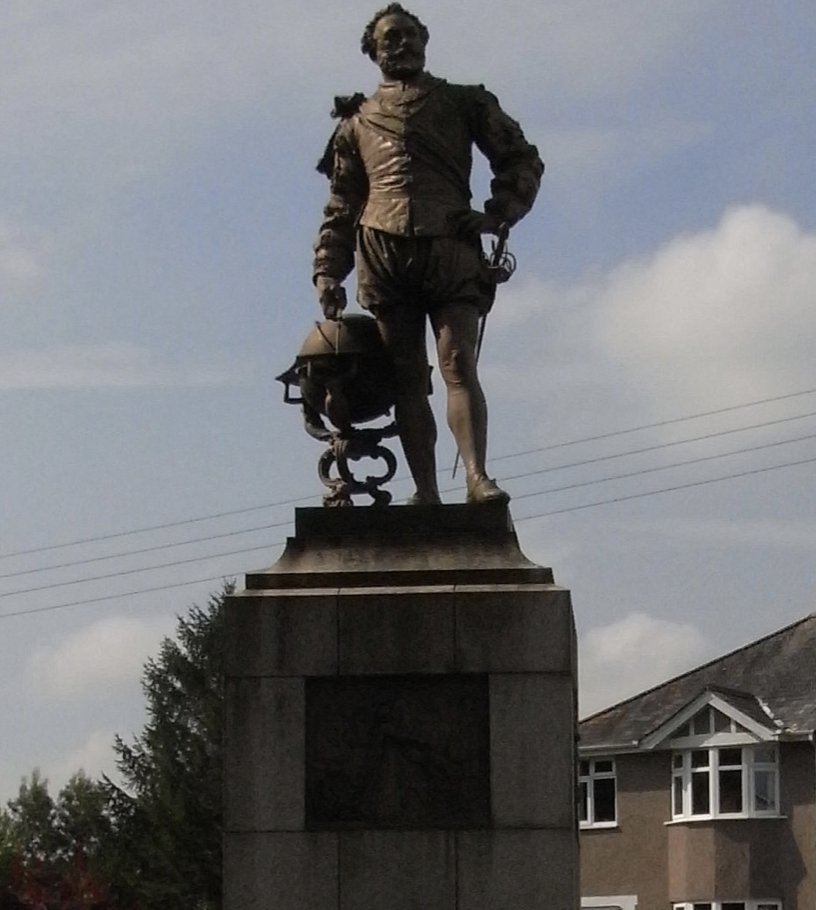 Warts 'n' all info board to go with statue

Plans to provide details on the darker side of Tavistock’s famous seafarer Sir Francis Drake have been submitted to West Devon Borough Council.

Calls had been made and rejected last year to remove the statue of Drake on the roundabout in Plymouth Road in the town because of his involvement in the slave trade.

Tavistock Town Council at the time said they had no plans to remove his statue, but in the interests of historic completeness, more could and should be done to portray his whole history.

They intend to create an information board or plaque explaining the explorer’s links to the slave trade, to be located opposite the statue. It will explain how Drake became the first Englishman to sail around the world and his role in defending England from the Spanish Armada, but how he was also involved in several slave trading expeditions.

A statement submitted by the town council, adds: “There is a need to reflect the life and times of Sir Francis Drake to inform the public not only of his successes in battles at sea and his global voyages, but also of his involvement in the darker times of the slave trade routes he was a party to."

The proposed signage would say: “Sir Francis Drake was a famous Tudor mariner. His life story is full of contrasts. He was seen as a hero for being the first Englishman to sail right around the world; and he played a major role in defending England from the Spanish Armada. But he was also involved in several horrific slave trading expeditions. Furthermore, as a privateer he looted and plundered Spanish towns and ships in Europe and throughout their Empire in the Americas.”

It would also more details of his role in the slave trade, as a privateer [owning a ship used in war and to capture merchant shipping[, his circumnavigation of the globe, the victory over the Spanish Armada, a timeline of Drake’s life, as well as the statue itself.

It adds: “In 2020, following a campaign to remove this statue of Sir Francis Drake, Tavistock Town Council – in partnership with Tavistock Heritage Trust – decided to provide some missing information about his life.”

The move is part of a wider education programme given impetus by the Black Lives Matter campaign to give context to his deeds in Elizabethan times.

West Devon Borough Council planners will decide whether the information board should go ahead at a later date.