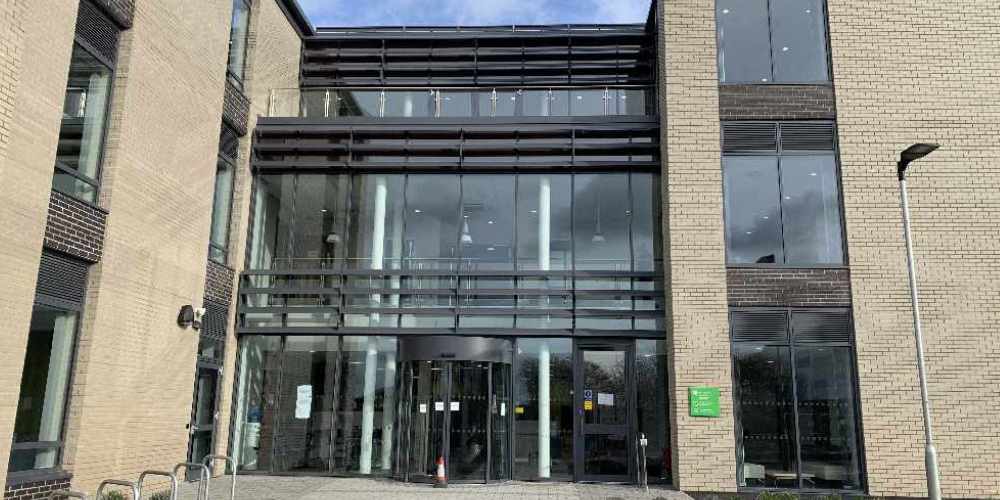 They will aim to be carbon neutral by 2040

East Devon District Council has declared a climate emergency – and will aim to be carbon neutral by 2040.

Councillors on Wednesday night agreed to sign up and endorse the Devon Climate Change Emergency Declaration with a 2050 carbon neutral date, to work with Devon County Council and other partners to produce a Devon wide action plan on climate change and to embed tackling the climate emergency and reflect this as a priority in the new Council Plan.

But following an amendment from Cllr Luke Jeffery, who aged 20 is the youngest member of the council, East Devon District Council will adopt a target of 2040 to be carbon neutral and will commit to bringing the date forward whenever new circumstances arise.

Liberal Democrat Cllr Jeffery said: “The desire to not urgently set a date and stick to the thoroughly unambitious Devon wide declaration on the Climate Emergency undermines the good intentions.

“I and many others feel this is an essential part of tackling the Climate Emergency as it challenges us to take urgent action to reduce our net carbon emissions as quickly as possible. It is imperative that we aim to achieve carbon neutrality before the absolute 2050 deadline set out by the IPCC, as by doing so we can hope to decrease the impact of the Climate Emergency.

“Even if we fail to become carbon neutral so quickly, we will have already drastically decreased our net carbon emissions leaving us with a small shortfall to make up.

“As a young person this issue is of acute importance to me, and something I feel requires radical action to solve.

“Setting a more ambitious date than 2050 means that we can demonstrate to everyone that we are more serious about tackling climate change. Thousands of young people have gone on strike in support of this and they have to live through the transition of zero carbon living. We can tell young people they are being listened to and we are being more ambitious and want to take action.”

Cllr Ben Ingham, leader of the council, said that he was working with all the council’s across Devon to have one strategy and that the date from Devon County Council to become carbon neutral of 2050 was ‘rubbish and that it had to change’.

But he added: “If we say 2040 as the date then it is because we are guessing it, and guessing it on this sort of topic is unacceptable.”

He said that action plan that the council is progressing will come up with an achievable date with evidence as to when the council can aim to be carbon neutral by.

Cllr Geoff Pook added: “The important thing isn’t the date we set but the work we do over the next few months to see what we can do to achieve it. When we have done that and have a report, we will be in a position to put a date forward with some facts behind it. There is no reason why the date of 2050 cannot be brought forward when we have the evidence to bring it forward.”

Cllr Kevin Blakey added that whatever date was set was ‘arbitrary’ as the council wouldn’t suddenly become carbon neutral on that date so would still have to do the work to achieve it.

But Cllr Paul Arnott, leader of the East Devon Alliance, said that setting a 2040 date was not an unrealistic target and it wouldn’t be kicking it into the long grass as 2050 would be, and that it would allow East Devon to lead the way and put pressure on Devon County Council.

Cllr John Loudoun added: “Let’s start with something that is very uncomfortable and challenging. We are not poking others in the eye but encouraging the others to come forward at a faster pace with us.”

Councillors voted by 30 votes to 23 to agree to adopt a 2040 target for the council to be carbon neutral by.

Three further amendments that Cllr Jeffery had proposed – to embed tackling the climate emergency and reflect this as a priority in the new Council Plan, to engage with all relevant local and national stakeholders for so long as declaration in force in the district and to publicise the dangers that the climate emergency would pose to the district – also received unanimous support.

Speaking after the meeting, he added:  “I am delighted East Devon District Council has voted to pass my amendment to commit the council to carbon neutrality by 2040. As a young person, tackling the Climate Emergency is a priority for me and my generation, and by approving this more ambitious date I believe that EDDC is showing it is committed to tackling it.”