East Devon house growth will be outside main towns 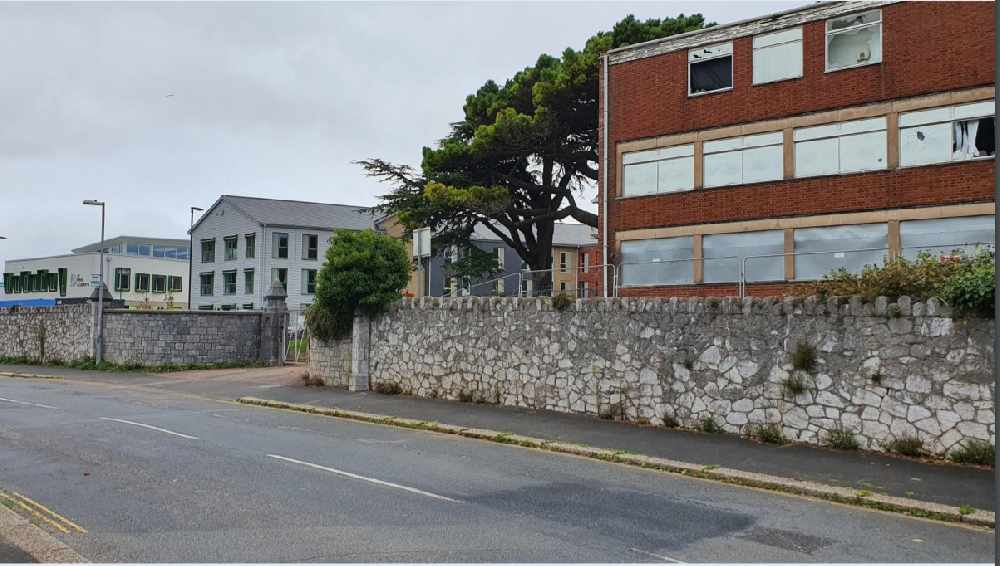 Buildings in Exmouth are due for redevelopment

Exmouth's Magnolia Centre could be redeveloped though

Most of East Devon’s future housing growth will have to be built on sites outside of existing town centres, councillors have been told.

With the council currently producing a new Local Plan, an urban capacity study was commissioned to assess the potential for development within existing town centres

East Devon District Council's strategic planning committee has heard that in the eight main towns in the district, a maximum of 766 homes could theoretically be built, fewer than the 928 currently required by the government to be built each year.

The meeting heard therefore that most of the housing would have to come outside of town centres, although increases in home working and thus the repurposing of office space for residential is something that may come forward further down the line.

The committee says in future, developments will probably have to be of a higher density than currently, and with in some cases to built up rather than out. Further work needs to be undertaken to examine how redevelopment of some town centres areas can be achieved.

Cllr Mike Howe suggested that a complete redevelopment of Exmouth’s Magnolia shopping centre, using money that the council has been awarded as part of the Levelling Up Fund, could provide a significant number of houses in the town centres, as well as helping to redevelop areas.

The fund is open for applications of up to £20 million to regenerate and improve High Streets in places like Exmouth, and tbuilds on the work of smaller schemes which predate the pandemic, including the Future High Streets Fund.

Simon Jupp, MP for East Devon, had said: “I have spoken up for Exmouth in parliament and now funding which can be used to develop plans to improve our town is on the way. East Devon District Council needs to submit a strong bid to be considered for up to £20 million for Exmouth’s High Street. I hope the council will work with me to grasp this opportunity for the good of our town.”

Under the Welcome Back Fund, which aims to prepare towns for the safe return of shoppers and tourists, East Devon District Council will also receive £230,992 from the government.

Ed Freeman, service lead for planning strategy and development management, said that the aim of the urban capacity study was to understand how many possible housing sites with a capacity of five homes or more may be located in urban areas.

He said: “It would be ideal to meet the needs from brownfield sites but sadly it is not going to be anywhere near possible based on our assessment. We have looked at what is physically and practically possible but not the willingness of landowners and details of layout of sites

“There is a potential supply of 766 homes and that is a maximum as some may never come forward as there may not be a willing landowner or more specific constraints than the high level assessment suggests. It can form a component of housing supply going forward, won’t be a significant element.”

Cllr Olly Davey said that it was a salutary reminder that cannot rely on going inside the built-up boundary to meet the housing needs, adding: “This is 766 in total, not per year, as if it was, we wouldn’t have a problem. People want to see towns developed before open countryside is, but we have to recognise that may not satisfy all our future housing needs.”

Cllr Eleanor Rylance said that there is going to need to be higher density living in urban areas in the future. She said: “If we don’t have the land, then the only solution is to go up, and Britain has to get used to living in flats. Crucially, it stops town centres from dying out as there are people around to use the businesses, as without it, a lot of the shops won’t recover.”

Cllr Howe added: “We know the Levelling Up fund is open to us and we have seed money to put together a plan for Exmouth, and I have always thought the Magnolia Centre needs a bulldozer and a redevelopment. If you did that properly and did it well, you would have lovely office and shopping units and then like Princesshay in Exeter, 3/4/5 stories of flats above.

“It would be getting people living in the centre and working in the centre, so I think we need to be ambitious on this and don’t think that the full impacts of the Levelling Up fund have been added to the equation and we need to use it, and we do have the MPs support, so we have to get a move on.

“500 homes for Exmouth on that Magnolia site would be lovely and wouldn’t it just do the goods for the town centre? I think we can achieve more than the numbers here but need to look more cleverly.”

Cllr Paul Arnott, leader of the council, said that there was a meeting between senior members and MPs on April 14 to talk about how to work together with the Levelling Up fund, and added: “The idea of the Magnolia Centre is fantastic and anything we can do with the opportunities to maximise the use of the footprint is a really smart idea, and that would be promising.”

Cllr Kevin Blakey put forward a recommendation that that members note the limited capacity available within the existing built-up area boundaries of the main towns and the potential need to find land outside of these areas to meet the future development needs of the district when other opportunities are exhausted, which was unanimously accepted by the committee.

The urban capacity study identified all undeveloped land within the study area, although the vast majority of the sites, such as playing fields, leisure facilities, and green spaces were discounted due to their recreational importance, and were only included for completeness rather than any indication they were being considered.

Mr Freeman told the meeting that inclusion within this final list of sites should not be considered a substitute for planning permission and the study makes no judgement on whether permission would be granted, adding that it was likely that some sites included will not be appropriate for development as a result of detailed factors not assessed though the remit of the study.

A total of 60 sites in the eight main towns were identified through the study, with a capacity for 766 homes to be built on them, but Mr Freeman added: “Even in the unlikely event that all of these sites were brought forward, the potential supply of 766 homes represents significantly less than one years housing supply coming from land within the existing built up area boundaries of the towns.

“A proactive approach to their delivery is likely to be highly resource intensive and is potentially fraught with difficulties in terms of tracking down and approaching owners to discuss these sites without being seen to be encouraging an application that may ultimately not be accepted.

“The work is however useful evidence to inform plan production and also any estimate of the likely numbers of windfall sites that may come forward in the future.”

The meeting also agreed to the provisional timetable to produce a new draft local plan, with the aim for the committee to consider it in December.

POTENTIAL SITES THAT COULD BE DEVELOPED FOR HOUSING IN TOWN CENTRES