By By Daniel Clark, local democracy reporter with Jamie Taylor 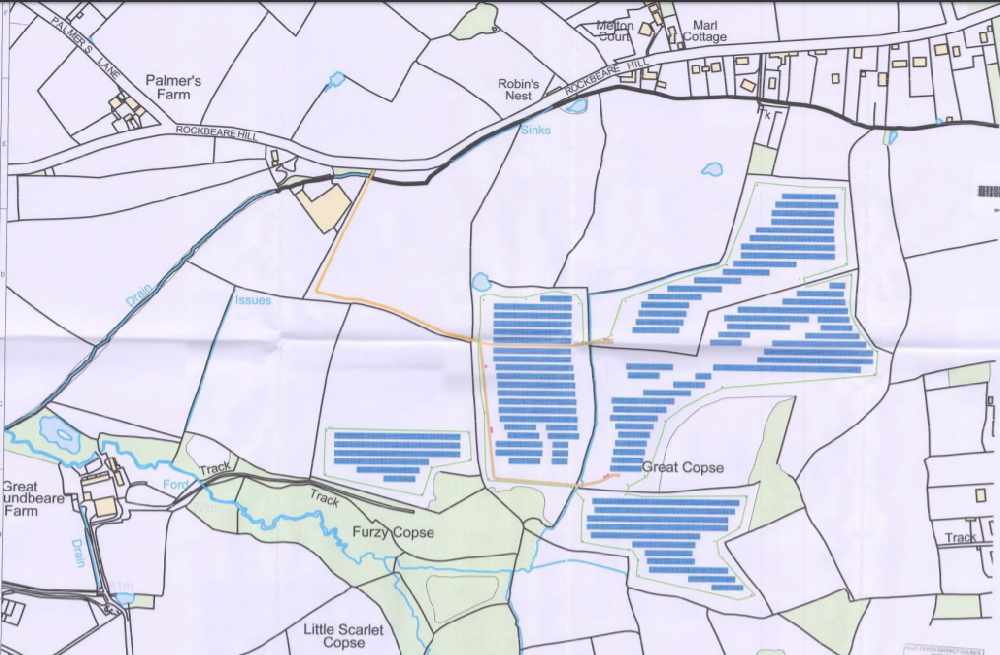 Plans for a giant solar farm in the East Devon countryside have been approved. East Devon District Council’s planning committee has granted planning permission for the 15MW solar farm on land south of Rockbeare Hill in Marsh Green.

The site was chosen due to availability of a connection to the grid within 2km and permission lasts for 40 years. At the end of its life, will be returned to agricultural use.

While over half of the site is good quality agricultural land, councillors heard that the land is not currently used for crop production, the good quality land is not clearly split between fields, and that sheep grazing is still possible while the solar farm is in operation.

Recommending approval, Chris Rose, the council’s development manager, said: “It is considered that the benefits of the scheme outweigh the temporary loss of agricultural land.”

Cllr Philip Skinner (Conservative) called for the plans to be approved. He said: “If we are going to drive the climate change agenda, applications like this need to be given the right weight, and renewable energy and clean energy like this is something I can get behind and support.”

Cllr Geoff Pook added there were two issues that concerned him – the negative visual impact which would be mitigated, and the loss of the agricultural land. He said: “The loss of agricultural land is more of a concern to me but it is not in perpetuity and there is going to be grazing on there anyway. I think the important thing is with solar sites, they’ve got limited opportunity where they be site and they have to be somewhere, relatively close to a major substation.

“Although it’s nice good land, there’s many more opportunities for food production than there are suitable places for solar sites. Personally, I’m not in favour of the industrialisation of the countryside and this is, I consider this sort of an industrialisation and urbanisation, but when you look at environmental concerns and the carbon neutral targets and considerations, I will be supporting it.”

Cllr Tony Woodward added: “Sometimes we have to make sacrifices but the benefits will outweigh them and we have to make the right decision to approve this.” West Hill and Aylesbeare ward councillor Jess Bailey said that she was not convinced the officers had drawn the correct balance between the need to retain the best quality and diverse agricultural land with the environmental benefits of the solar farm scheme.

But the committee agreed the officer's recommendation and unanimously granted planning permission.