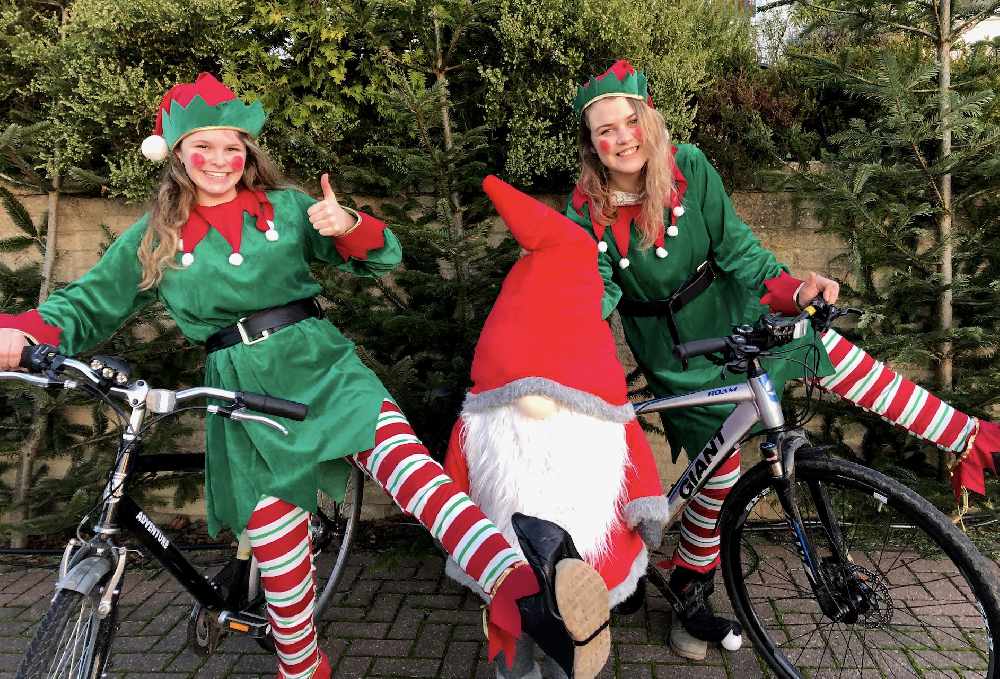 Team members at Otter Garden Centre in Ottery St Mary are rallying round with a seasonal fundraiser in memory of their colleague Rob Gillingham.

Sadly Rob, described by colleagues as a kind, lovely man, passed away from a brain tumour earlier this year. He was well known for his annual stint as the popular Santa Express driver, ferrying families to and from the garden centre’s popular grotto.

The idea for the fundraiser came from Helen Patterson, who worked at the grotto as an elf! Helen also had a brain tumour which was removed in 2017, leaving her with a titanium plate in her skull and an eyelid that won’t open. Helen’s plan is to cycle from Exeter to the garden centre in Ottery dressed as an elf to raise money for Brain Tumour Support and Alzheimer’s Society.

She said: “I was so disappointed not to be an elf this year that I thought this would be a great way to dress up and raise money at the same time!”

The Otter team got on board by loaning Helen her elf costume from the grotto wardrobe. Then the team started thinking about how they could help more. Branch manager, John Giblin explained:

“We realised we could join in with the fundraising for Brain Tumour Support in memory of our colleague Rob so we started encouraging staff members to get involved.

“We now have more than 40 signed up to cycle, walk or run to work dressed as elves. It’s a great way to use of our elf costumes to bring some festive cheer as we’re unable to run our grotto this year.”

Otter Garden Centre is hoping to raise £1,000 for the charity. To donate, visit the JustGiving page www.justgiving.com/fundraising/otter-garden-centres