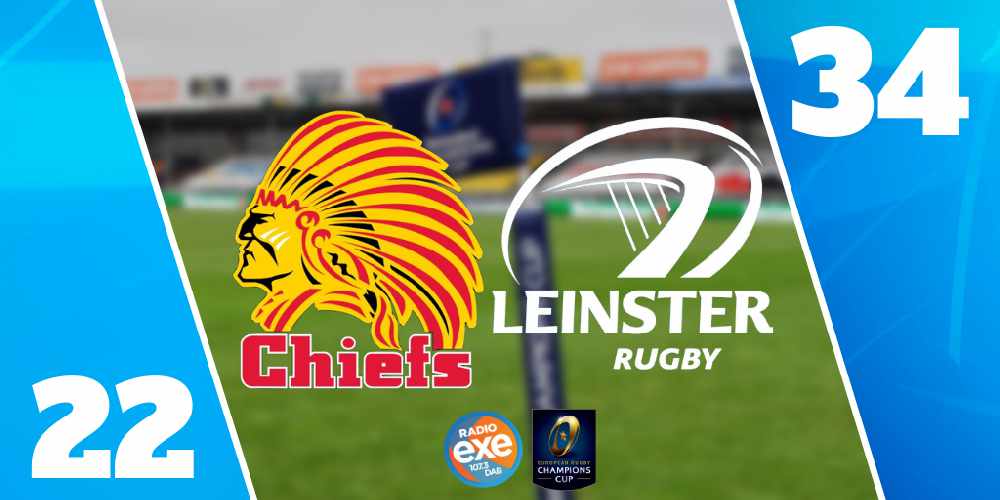 Exeter Chiefs’ dreams of a ‘double-double’ are over as Leinster remain on track for a record fifth European Champions Cup title.

Leo Cullen's side overturned a 14-point deficit to defeat the reigning European champions 22-34 at Sandy Park and progress into the semi-final.

The Pro14 champions, now unbeaten in their last 8 European away games, will find out who they’ll face in the semi-final draw tomorrow evening (17:00).

In sunny conditions at Sandy Park, the hosts, playing in their sparkling gold kit, started superbly against their Irish opponents.

The ideal start for @ExeterChiefs!

However, the visitors responded exquisitely, and they eventually went through the gears to level proceedings with two converted tries before the half hour mark.

A confident looking Leinster outfit then took the lead soon after, thanks to two penalty kicks from Ross Bryne; Exeter trailed 14-20 at the break.

The reigning European champions turned up the heat early in the second half.

Another fine 20-metre break from O’Flaherty put Exeter within touching distance of Leinster’s try line – and from short range, Dave Ewers powered his way over for a crucial score. Simmonds missed the extras, but he slotted a penalty kick soon after to give his side a slender lead.

But Leinster dominated the rest of the game, yet again, they regained the lead thanks to another three points from Bryne.

The four-time European champions then landed another huge blow as Larmour dotted the ball down in the corner, before Bryne added three more points with the boot.

A valid effort from the Chiefs – but they were unable to overturn the 12-point deficit. It ended: Exeter 22 Leinster 34

The strength from Jordan Larmour!

The wing somehow manages to ground the ball for a crucial score for @leinsterrugby. #HeinekenChampionsCup pic.twitter.com/wWfMOP6cO8