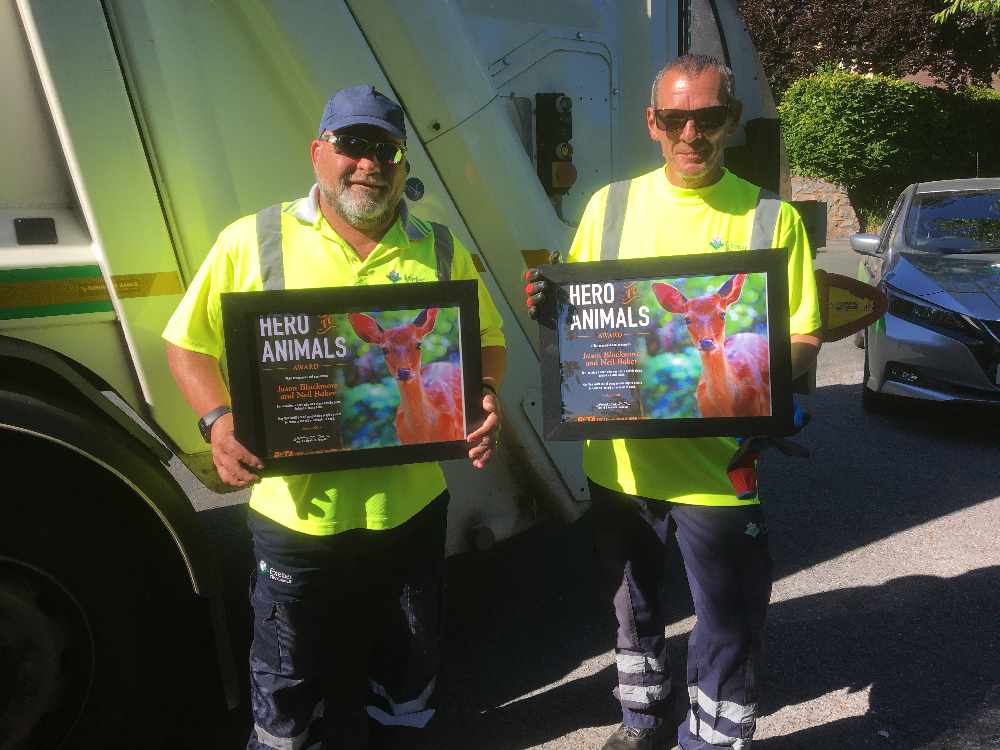 They're fawning over award

Buck up and listen to this. Two refuse and recycling workers who helped a deer back to its hooves after it became trapped behind an Exeter bottle bank have been honoured by an animal rights charity.

Exeter City Council key workers Jason Blackmore and Neil Baker have been awarded Peta’s prestigious 'Hero to Animal Award'. The deerly beloved duo didn’t hesitate to act after being alerted to the ruminant's misfortune while emptying household bins in the St Thomas area. Like gazelles, they leapt into action to free the deer in Cowick Lane.

Jennifer White, from Peta, said: "We wanted to express our gratitude to your wonderful team of workers for rescuing the trapped deer. We would also like to award the two gentlemen involved with Peta's prestigious Hero to Animal Award, in honor of their compassionate action."

City council director David Bartram praised the workers following the rescue, saying: "They were quick to help out and that sums up the attitudes of our refuse and recycling workers who continue to carry out their duties during these difficult times.”