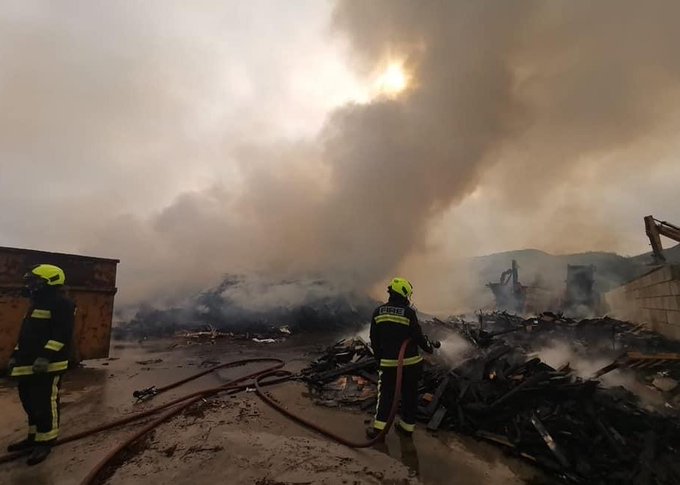 Residents around Clyst St Mary and Woodbury Salterton in East Devon are being asked to stay indoors and keep windows and doors closed to protect against smoke from a fire that burned through the night and for most of Friday.

The blaze at Hill Barton Business Park, on the Sidmouth road near Crealy, involves a massive amount of wood. Five hundred tonnes has gone up in smoke, which billowed to the south-east of the site.

It broke out not longer after midnight and when fire crews arrived from Danes Castle in central Exeter and Middlemore it was quickly apparent this was a big job. Six more appliances were immediately requested, along with extra foam and water cannons.

Late on Friday afternoon Wayne Rawlings from the fire service said the smoke was dispersing, but it remained advisable for nearby residents to protect themselves from the smoke, not least because some of the waste wood was covered with paint and varnish

There are no details as yet about the cause of the fire.