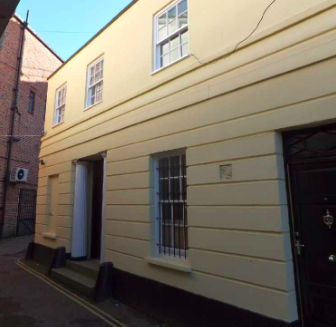 An Exeter man has appeared at the Old Bailey charged with encouraging terrorism and collection of information contrary to the Terrorism Act.

Tristan Morgan, 51, of no fixed abode, was at the Central Criminal Court in London on Friday, where it was confirmed that these charges will be brought together with previous charges issued in relation to an alleged arson at the Exeter Synagogue in July 2018.

Due to legal reasons neither the police nor media could report the link between the two charges until the hearing. Mr Morgan will be held on remand until the start of his trial, currently scheduled for 1 July 2019, at The Central Criminal Court.

Superintendent Matt Lawler, the local policing commander for Exeter, East & Mid Devon said: “Since the fire at the synagogue in July last year, local officers, colleagues from counter terrorism policing, and the Crown Prosecution Service have worked together on a wide investigation. I hope that everyone will understand that we were legally unable to disclose further details, but as a result of todays’ hearing we can now confirm that the alleged arson and terrorism matters will now be dealt together at a single trial later this year.

“Investigators, neighbourhood staff, and our partner agencies continue to work closely with the Synagogue providing reassurance and support. When the fire occurred the public, civic leaders and faith groups in the city all came together, and a collective message of support and tolerance was shared. That tremendous goodwill has continued since, and we should all be heartened by the genuinely positive way in which the community as a whole has responded.

“Synagogue members have of course been kept personally updated, and have asked us to pass on how overwhelmed they continue to be with the messages, practical help, and support they have received from everyone. Being able to hold religious services back in the historic Synagogue in October after the building was restored, was a huge step in returning to a sense of normality.”

Supt Lawler added: “We would stress that there is no increased threat to public safety as a result of this announcement today, but if anyone does have any concerns then please, as normal, approach any of our officers directly, contact us on 101, or in the case of an emergency dial 999. You can also get in touch to report anything suspicious confidentially via www.gov.uk/ACT or 0800 789 321.