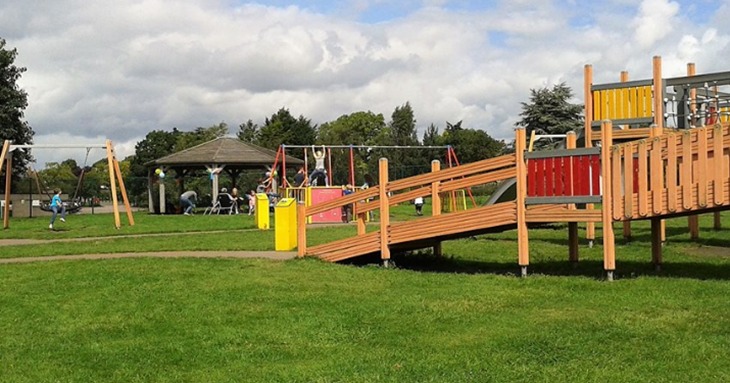 A traveller encampment forced its closure

A play park in Exeter has finally reopened – more than two weeks after a traveller encampment forced its closure.

About ten caravans set up camp at the King George V playing fields on Topsham Road on Thursday, August 1.

The encampment ended last week and a major clean-up of the area was quickly completed by council staff.

But on inspection, a number of items at the play area were identified as being in need of repair, including a damaged gate at the entrance.

Now, after more than two weeks of the play area being out of action for essential repair works, Exeter City Council has confirmed it has reopened.

A city council spokesman said: “Please be advised that remedial works have been carried out and are now complete. The children’s play area is now safe to use and has been reopened.”

The group of travellers originally arrived on August 1 and eventually departed on August 8 following an intervention from the police.

On August 7, the City Council’s legal team attended and were granted a possession order, requiring those occupying the site to vacate the land immediately.

The order was served, but those occupying the site initially refused to move and the police were called to assist, and eventually the travellers departed on the following morning.

The children’s play park was closed because rubbish was scattered all over the floor, including items such as uncooked food, disposable barbecues, glass bottles and even a shopping basket of food.

The play park remained closed while the council’s cleansing team remove the rubbish, and only on the following Friday afternoon has it reopened.