Exeter Priory area may be part of Exmouth 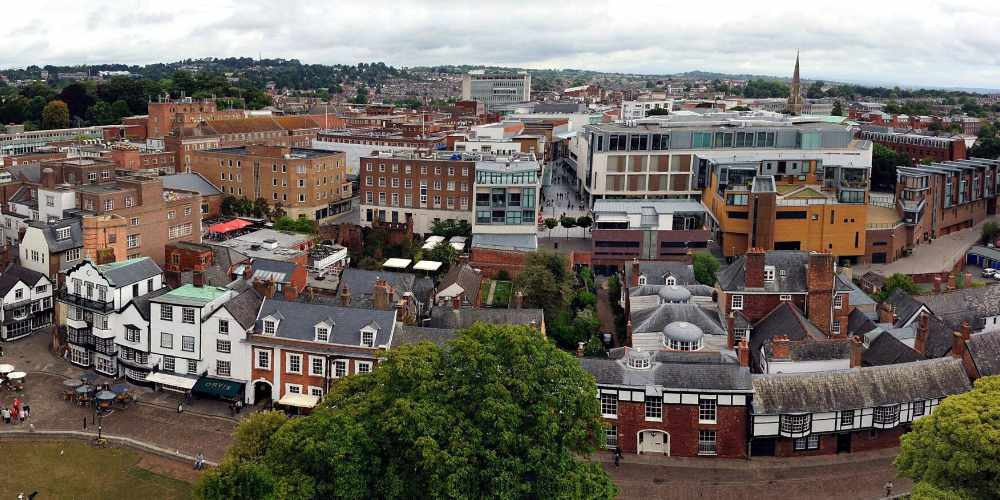 It's a mile from Exeter city centre

Leading politicians from Labour and the Conservatives have criticised plans to move the Priory ward out of Exeter’s parliamentary seat.

As part of the proposals for a shake-up of England’s map for general elections, which aims to give each MP roughly the same number of voters, a new ‘Exmouth’ constituency would be created including the Priory ward.

However, speaking at a public hearing on the draft new boundaries last week, calls were instead made for Pinhoe to join the new seat and to keep Priory – which includes the RD&E Hospital and the Exeter Crematorium – part of the city’s constituency.

Simon Jupp, Conservative MP for the current East Devon seat, told the Boundary Commision hearing that he strongly objected to the current plan.

“The Priory ward is categorically part of Exeter city, with residents identifying themselves as living in Exeter.

“Living in the ward means you’re within walking distance of Exeter Quay and the cathedral … and are much more culturally inclined towards the city than the proposed Exmouth constituency, which will also still contain vast swathes of East Devon.

“Furthermore, much of the ward is within a mile of the city centre of Exeter as entirely to the west of the A379, which has the capacity to create confusion amongst communities which instinctively feel part of the city.

“I believe the simplicity of the Old Rydon Lane as a natural barrier that demarcates the two proposed constituencies would be welcomed by residents.

The Labour leader of Exeter City Council, Phil Bialyk, echoed Mr Jupp’s remarks. The council last year agreed to ask the Boundary Commission to include Pinhoe in the new Exmouth seat instead of Priory.

But he stressed: “Now that’s not to say that people in Pinhoe are any less value to us, and we’re pleased that they stay within the city boundaries and they’re very, very important. But Pinhoe itself has a village identity, a bit like Alphington and many of the others.”

Mr Jupp added: “I believe that the historic village of Pinhoe, having been subsumed into the city of Exeter, still retains much of the independence, character, style and connections of nearby wards in the East Devon district, including Broadclyst.”

He went on to say that many of the nearby villages which fall under the East Devon constituency and would be part of the new Exmouth seat, “orientate towards Pinhoe and share significant local services, including a doctor’s surgery which are more consistently dealt with by a single [MP].”

The current Exeter constituency has an electorate of just over 80,000, higher than between the 69,724 and 77,062 proposed under the new boundaries.

Replacing Pinhoe with Priory would barely make any difference to the numbers. Mr Jupp said Priory’s electorate was currently 6,637 compared to Pinhoe’s total of 6,661.

Exeter councillors last year called for the new Exmouth seat to instead be called ‘Exmouth and East Exeter’, a suggestion that was shared by Mr Jupp at the public hearing.

The boundary changes would leave Devon with 13 MPs – up one on the existing 12 – although one would be split across Devon and Somerset.

However, a previous suggestion of a “Devonwall” constituency which would straddle the border between Devon and Cornwall has been scrapped.

Torridge and West Devon would be renamed Torridge and Tavistock, while in Plymouth the proposal divides the Peverell ward between the Plymouth Sutton and Devonport and Plymouth Moor View constituencies.

The changes will keep the number of seats in the House of Commons at 650, but England’s number will increase from 533 to 543. It’s claimed this would make representation more equal and limit seats to populations of between 69,724 and 77,062.

A final four-week consultation will be held towards the end of the year, with the final report being submitted in June 2023.