Exeter to get kerbside glass and food waste collections 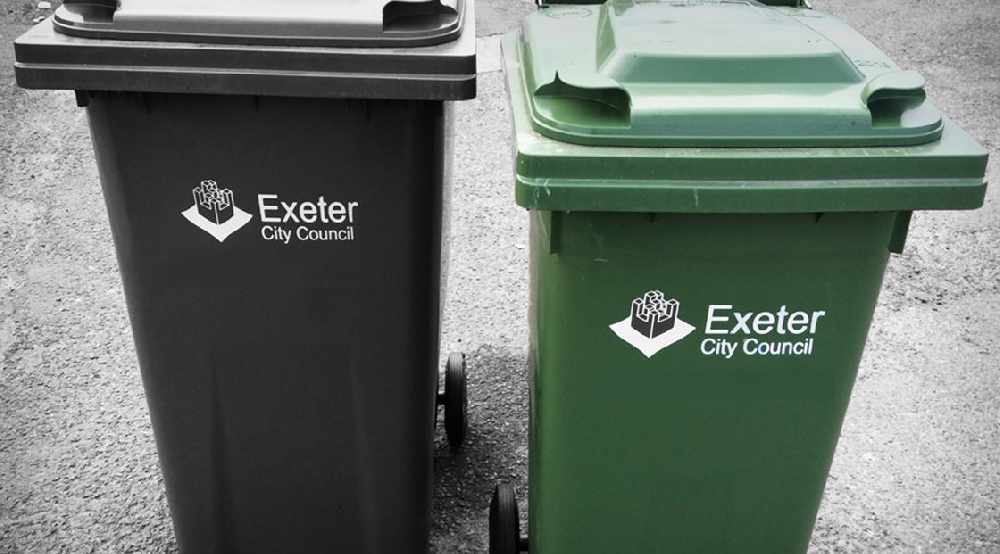 But black bins only emptied every 3 weeks.

Exeter City Council’s executive on Tuesday night voted to introduce sweeping changes to the way waste is collected in the city.

Under the new proposals, glass would now be collected from the kerbside rather than having to take their empty bottles and jars to recycling banks around the city.

But with the introduction of food waste collections, less waste will need to go in the black bins, and so collections for household waste would only take place every three weeks.

Exeter has the lowest recycling rates in Devon – just 30.8 per cent – while East Devon has the highest – at around 60 per cent.

Cllr David Harvey, Lead Councillor for Environment and City Management, said: “People have said for years now that they want to recycle more and for glass to be collected from the kerbside. We have listened to the wishes of the people and decided to bring in kerbside collections.”

Speaking at Tuesday’s executive meeting, Cllr Phil Bialyk, leader of the council, said this was an important policy change and showed that the council is listening.

Simon Hill, cleansing and fleet manager, told the committee that while the model would lead to higher collection costs, it would enable the council to process all the materials it collects better and would provide an increased income to offset those costs.

“Our preferred option also future proofs us against legislation which is likely to make it mandatory to collect food waste from the kerbside, so why wait, and this does align us with the neighbouring authorities.”

The executive backed the preferred option, and the decision will now have to be ratified by the full council later in the month.

A timetable for the introduction of new kerbside and three-weekly collections will be agreed when the scheme is given final approval in September/October.

Cllr Harvey added: “We’ll be communicating these changes widely to residents so that they are familiar with them as soon as they are introduced. Our teams will be talking to people about how they store and manage their recycling bins and bags.”