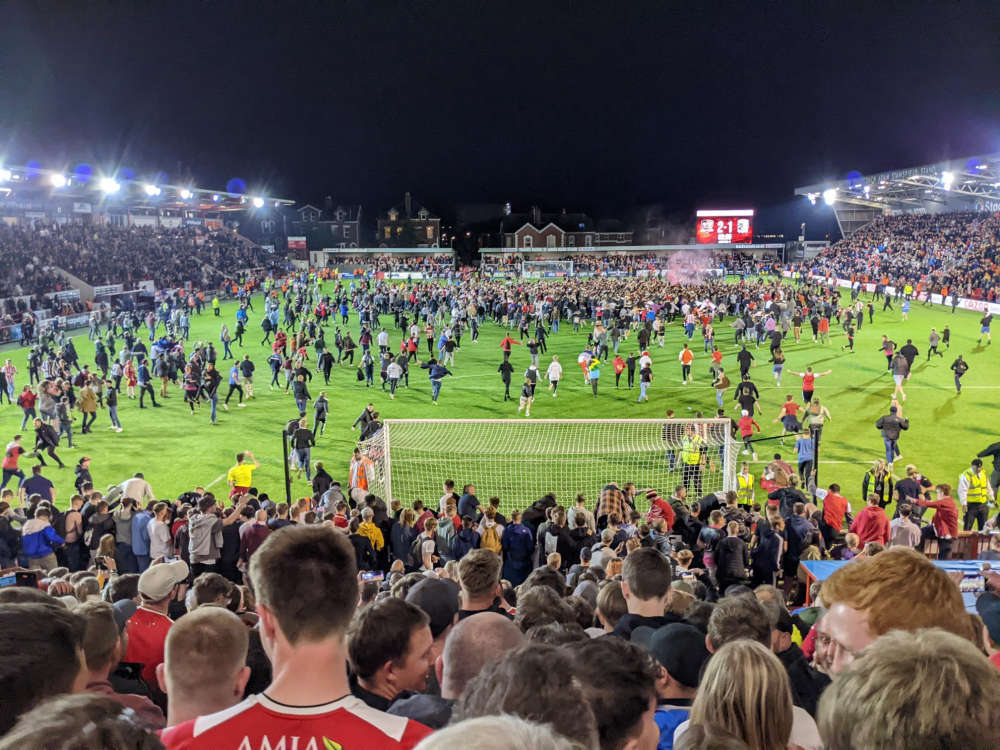 The fans are happy

Exeter City FC’s promotion-winning heroes will be celebrated tonight [9 May] with an open top bus parade.

The team, known as the Grecians, secured a top-three place in League Two last week with a home win over Barrow, ensuring promotion to League One – the third tier of English football – for the first time since 2012.

The team missed the chance to be crowned League Two champions on Saturday after losing one-nil to Port Vale. They needed to equal or beat the result at Forest Green Rovers, but they won and took the title.

Despite that, celebrations will not be dampened today.

The parade begins in Exeter High Street at 6 p.m., with the bus slowly making its way towards the city’s historic civic building, Guildhall.

The players will be greeted by Exeter’s former lord mayor Yolonda Henson, who will congratulate the club and address the crowds from one of the parade buses.

Councillor Henson will host a civic reception with invited guests inside the Guildhall, before some of the players and manager Matt Taylor are expected to appear on the balcony just before 7 p.m. for photographs and to greet the crowds.

The event is likely to conclude at around 7.15 p.m.

This season’s promotion is the sixth in Exeter’s history – their first since back-to-back promotions in 2008 and 2009 under former boss Paul Tisdale which were also celebrated with open top parades.