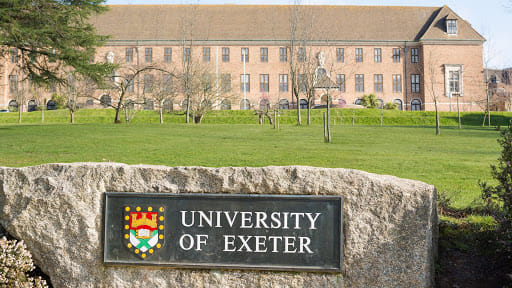 A national newspaper is reporting accusations of 'Soviet-style' censorship at Exeter University.

The Daily Telegraph, a Conservative paper, says it's been told academics at the university's department of Social Sciences must develop courses that move away from a "white, Eurocentric" curriculum. One lecturer, unnamed by the newspaper and possibly the only complainant, is said to be "shocked" that academic freedom is being undermined.

One says: "It is like there is a Maoist cultural revolution taking place in our centre of learning."

Maoism, named after Chinese leader Mao Zedong, led to the deaths of millions of his people in a ruthless quest to impose a communist regime.

No one is reported to have died at Exeter University because of a possible change of course structure in the social science department.

The Telegraph's Exeter informant says: "It is just ridiculous - we are supposed to be a leading Russell Group university. This affected thousands of students and hundreds of academics."

The lecturer told the Telegraph the "movement to 'decolonise' the curriculum has swiftly progressed from a 'faddish fringe theory' to being 'adopted as the new orthodoxy' in universities. He likened the approach to the Soviet Union where academics might be asked to prove how their courses would advance radical socialism in the face of reactionary capitalist imperialism from the West."

The paper says the fear of Exeter University lecturers they spoke to is that their courses will not be approved unless they 'decolonise' them.

In the Queen's Speech opening the new session of parliament last week, a new bill on academic freedom was outlined, which education secretary Gavin Williamson says will end "the chilling effect of censorship on campus once and for all."

A spokesperson for Exeter University says: “We are following the guidance from the Quality Assurance Agency for Higher Education, which asks us to consider the needs of all students - including those studying at different locations, from different cultural/educational backgrounds, with additional learning needs, or with protected characteristics – when we design modules. We are an international organisation with staff and students from around the world, and from a wide range of backgrounds, and it is right this is recognised in our teaching and assessment.”