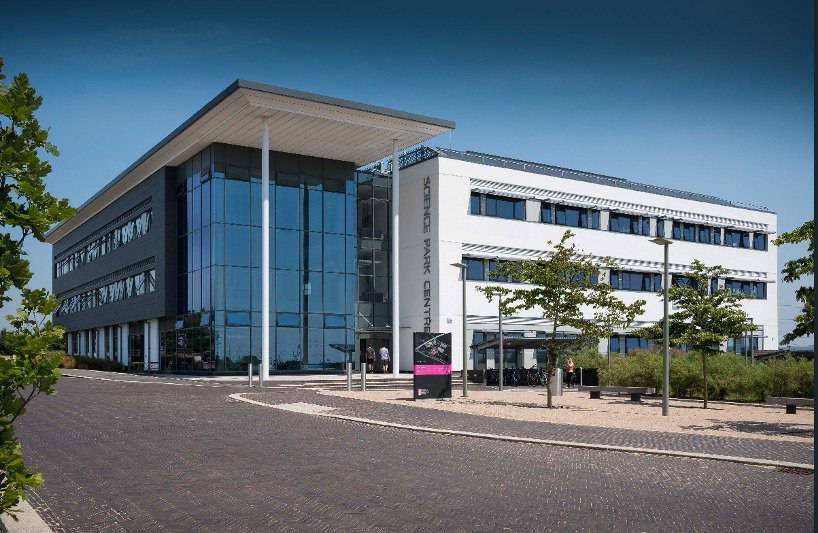 Parking spaces to change for Exeter now at Science Park

A new 'park and change' site at Exeter Science Park has opened.

The £2.24 million facility on the eastern edge of the city has 300 parking bays, enabling people to park up and travel the final part of their journey into Exeter or the Exeter and East Devon Enterprise Zone by bus, car sharing or switching to cycle.

A shared footpath and cyclepath connects to the growing E4 cycle route, which, when complete, will link the east of Exeter with the city centre.

The first 2.5 miles of the route towards the city is in place, keeping walkers and cyclists separate from traffic on a level route with minimal crossings. The route also extends east as a shared use path towards Cranbrook, linking to major employment sites such as SkyPark, Amazon, Lidl and Exeter Airport.

High-security cycle lockers are available to rent and a Co-Bikes electric bike hire dock will be installed later this year.

Although the site itself won’t offer a dedicated bus service, people will be able to use local bus services passing the site. These options are:

Councillor Andrea Davis, Devon County Council cabinet member for climate change, environment and transport, said: “We need to reduce car journeys across the county and particularly into Exeter, and the park and change site will help relieve congestion on the Moor Lane roundabout and the A30 Honiton Road approach to junction 29 of the M5.”

Councillor Stuart Hughes, Devon County Council cabinet member with responsibility for cycling, said: “We’re continuing to invest in establishing a network of high-quality walking and cycling routes to achieve our ambitious target of 50% of all Exeter journeys to work and education to be made by foot or bicycle by 2030.”

It will open from 6:30am to 8pm Mondays to Saturdays and is closed on Sundays and bank holidays, and will be locked out of hours.